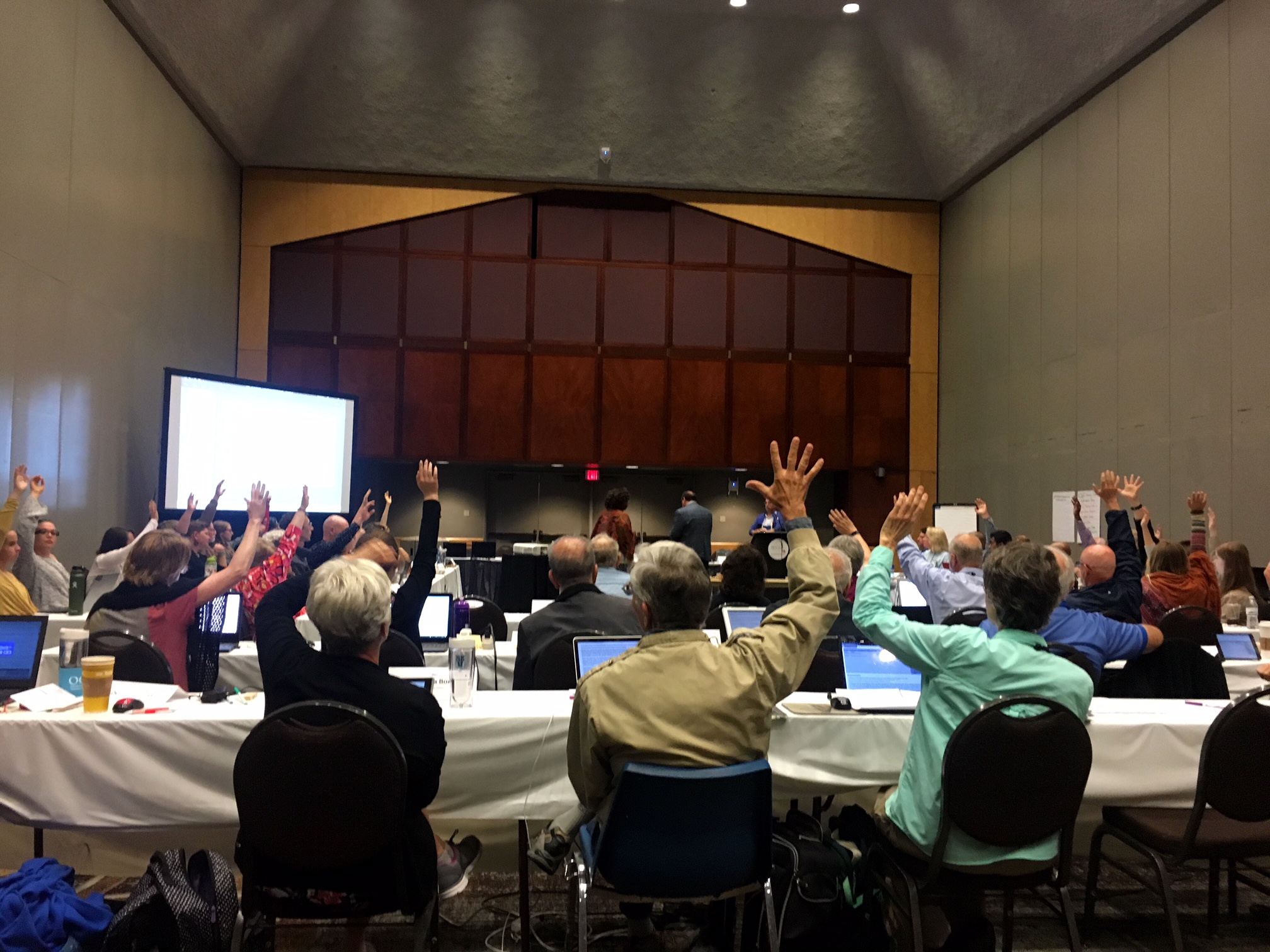 Three overtures that strengthen the church’s witness to the rights, dignity and gifts of people of diverse sexual orientations and gender identities in unprecedented ways were approved by a committee on Monday at the 223rd General Assembly (2018) in St. Louis. The Covenant Network’s leaders joined with others from presbyteries around the country, as well as friends at More Light Presbyterians, to speak words of support for these proposals. They’ll go before the full General Assembly later this week.

“We’re thrilled that the church is truly living into a new day,” said Brian Ellison, executive director of the Covenant Network of Presbyterians, who served as an overture advocate from Heartland Presbytery on all three overtures. “Never before has the church so fully acknowledged the pain of the church’s history of exclusion, while so boldly and joyfully affirming the ways LGBTQIA people are living and serving with dignity and excellence.”

The committee is recommending approval of all three items, with no committee members speaking against any of them: 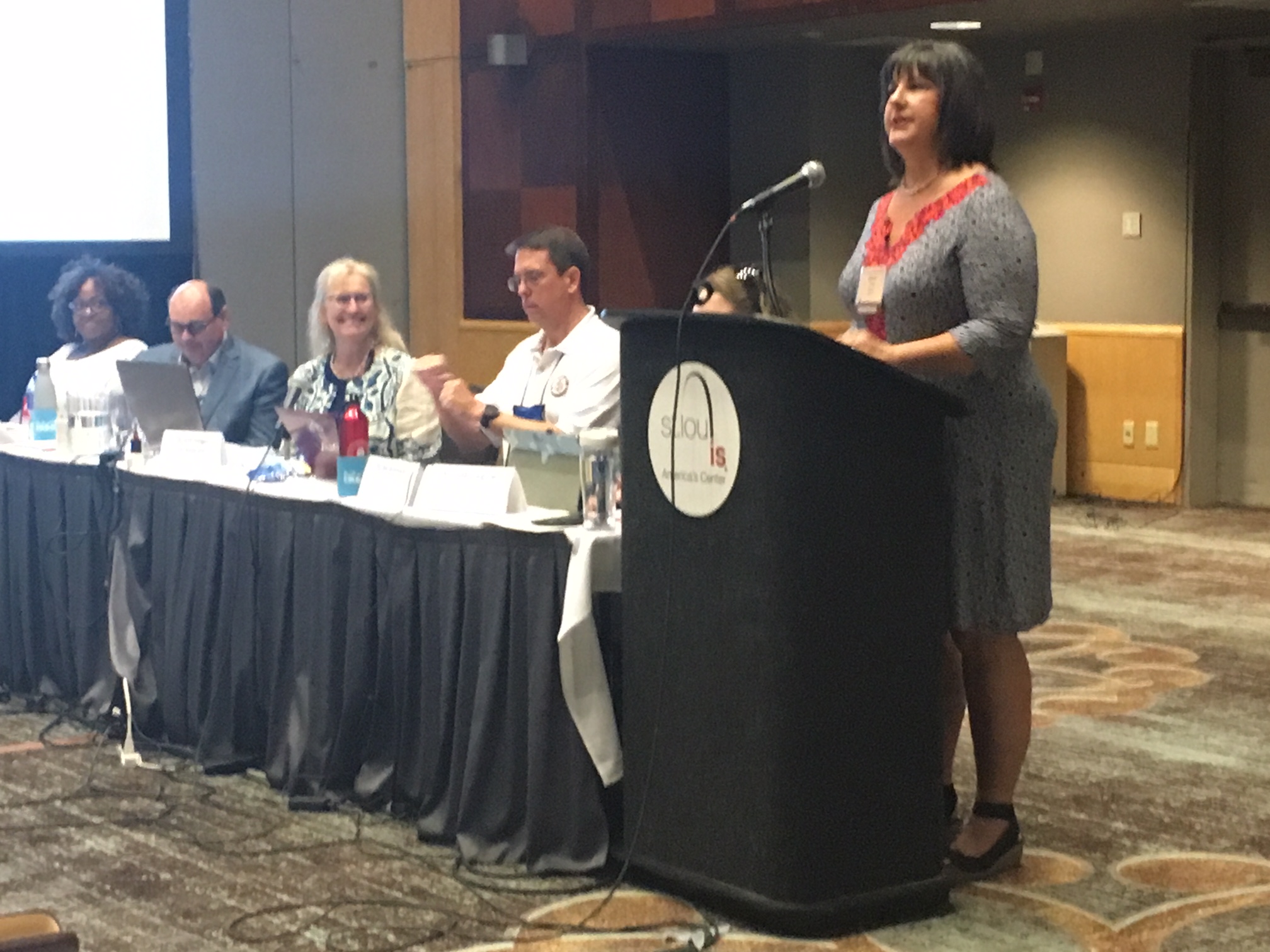 CNP Board Co-Moderator Marci Auld Glass was also an advocate on Item 11-04, testifying that the overture from Boise Presbytery—“not a hotbed of liberalism”—demonstrated that these were not partisan issues, but of values fundamental to who we are.

In the Theological and Church Growth Issues Committee, a proposal to begin developing a “U.S. Accompanying Letter” to be printed together with the Confession of Belhar in the Book of Confessions advanced. The committee voted 40-11 to recommend approval of this important advance in giving context and application for the South African document in an American context.

“This was a banner day for the Covenant Network’s goals through its entire history—a church that is more generous and just,” Ellison said. “We hope and pray the Assembly will approve these recommendations and usher in a new season of authentic and powerful affirmation of all God’s people.”

For more information, contact Brian Ellison, executive director. To support the Covenant Network of Presbyterians and its work of advocacy at General Assembly, please click here to make a donation.