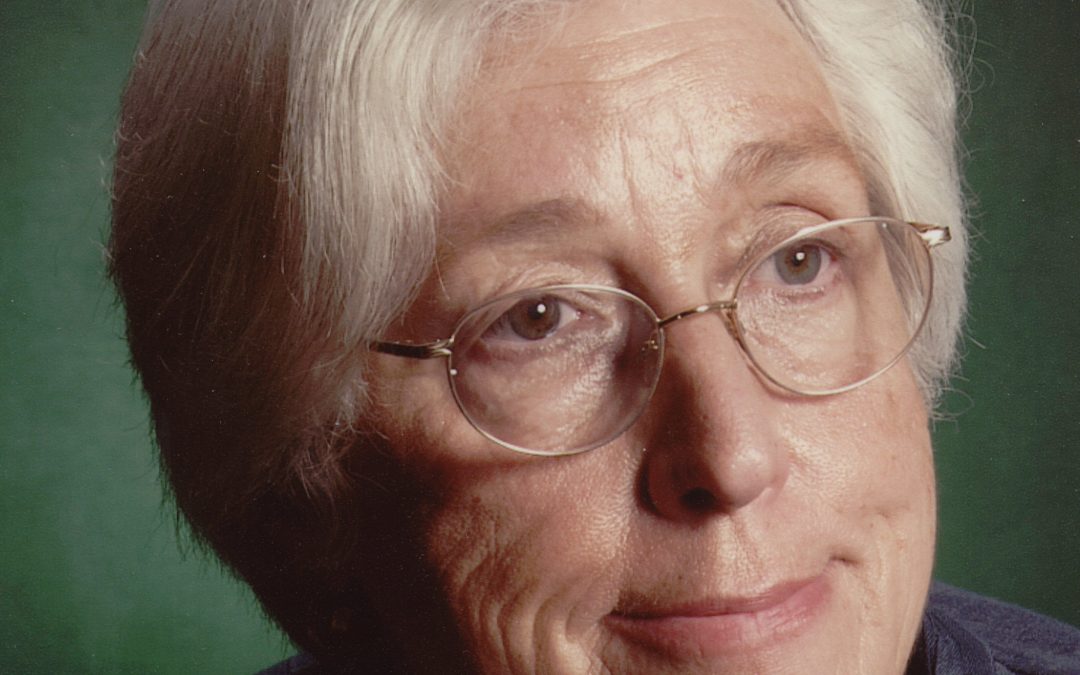 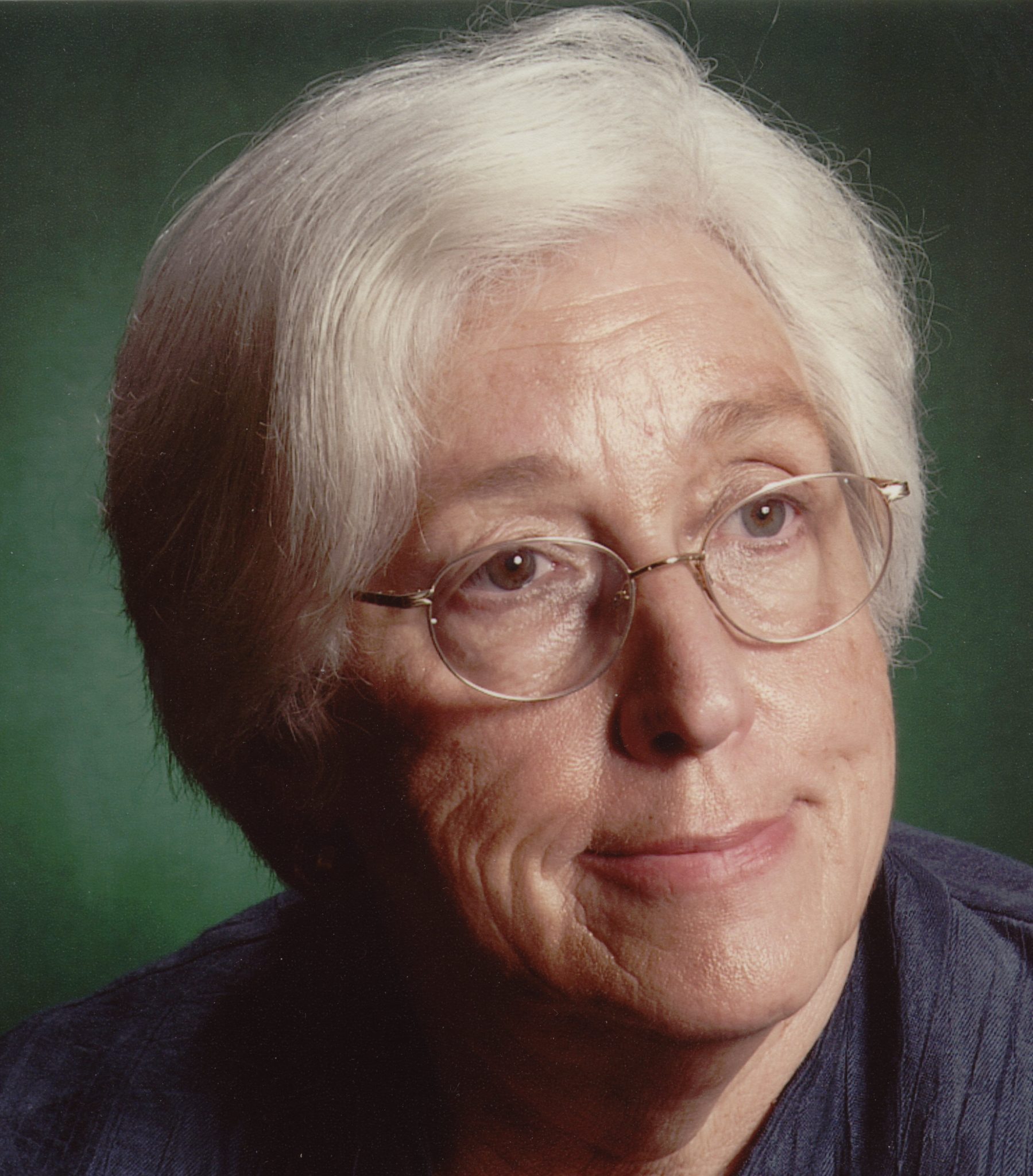 I was Moderator of the Evangelism Committee of San Francisco’s Old First Presbyterian Church in the 1990’s when Tim Hart-Andersen was pastor.  One of the new members we welcomed early in his pastorate was Pam Byers. She had just moved from New York to work for Harper San Francisco.

One of our (many) projects at church was a study of homosexuality and our faith, which was due to a 1993 GA action. We were encouraged in the effort by Howard Rice, who said firmly, “The two groups who have the least reason to be loyal to the church are the gays and the handicapped.”  When Tim recruited a study committee he asked Pam to lead it.

We had more reasons for this study than a denominational mandate.  It was during the dreadful first years of the AIDS epidemic.  When Tim was called to Old First we had an elder and a deacon afflicted by the disease. Our members were delivering meals for Open Hand, volunteering at the SF General AIDS ward, losing friends and neighbors and co-workers.  We never had the mindset of “us and them.”  It affected all of us.

One result of the study was our Overture to the 1996 GA in Albuquerque. According to Steve Taber’s history of Old First, it was “designed to be a moderate and conciliatory measure, permitting each ordaining body to exercise its own conscience in interpreting scripture to apply the Book of Order standard to ordinations.”

As editor of the church newsletter I saw how much effort our congregation was devoting to the Overture and the GA.  We sent two delegates and a sizeable group of members to support them, including Pam. They came home haggard and haunted, the survivors of a losing battle.  The Ordination and Human Sexuality Committee hadn’t even considered the Old First overture, preferring to present “pro” and “anti” overtures to the Assembly, which then adopted the “anti” wording of Amendment B, mandating “fidelity and chastity.”

This traumatic turn of events obviously needed to be shared with the congregation, so I put together a special issue of the newsletter with first-person accounts from nearly everyone who had been there. It was 20 pages long.

One day when I stopped by the church to pick up material for that issue, I found Tim pacing around the hall outside the church office, deep in thought.  He said, “We need to get organized, we need a covenant of … I don’t know, a covenant of … something.”   I first heard of the Covenant Network of Presbyterians when it was still a gleam in Daddy’s eye.  When it was organized and Pam became Executive Director, our congregation pitched in with contributions and volunteer help; it was “the kind of thing we do.”

In the 1980’s Old First had been the founder of the Larkin Street Youth Center, which worked with runaway and throwaway gay kids in the Polk Gulch area.  Assistant Pastor Jean Richardson was one of the original motivators and supporters.  On my first visit to the church, the first Coffee Hour chat I had was with a sweet blue-haired lady who told me earnestly how important the work of the Youth Center was, “because when these kids go on the street, there’s only a few days before they begin selling their bodies.”

Another of those Old First Things was the Welcome Ministry, founded some ten years later to help all people sleeping on the sidewalks in the neighborhood.  The heart of that effort was personal connections with church members.  For a fuller description, see this post by Anitra Kitts or her article in the November 2009 Presbyterians Today.

For another – there was our panel in the Names Quilt that honored seven church members.  One of our elders, Michael Berg, was President of the Names Project, and he led the final display of the quilt in Washington on the Mall in October 1996.  Eight or ten people from Old First participated in the ritual unfolding and arranging of the quilt sections, and Pam was one of them.

For another — we painted a beautiful decorative ceiling in the exonarthex of the church.  It began in 1991 when artist Larry Boyce turned up at the church offering to do a design in exchange for housing.  Steve Taber was head of our building committee, and his response to a guy looking for a place to die of AIDS was, “sure, we’ll fix up a nice apartment for you at our place. Sarah and I will be glad to have you.”  After the ceiling’s completion in 1995, the Descending Dove from the design became the symbol of our church.  It was on the blue Old First “bird shirts” that Pam and many others loved to wear, and it was on the cover of the bulletin of her memorial service.

Around the middle of 2003 Pam offered me a job at Covenant Network; we were standing by the sink in the Old First kitchen.  A large part of my time at CovNet was at about that same level of glamour.

The first office at Calvary Presbyterian in 1997 or ’98 was against the back wall of a Sunday School classroom, where Pam and Susan Ashton had to have everything neatly stashed away before the weekend. By the time I went to work there, they had the luxury of a private office, which was in fact a windowless room in the basement, similar to and not much larger than Harry Potter’s cupboard under the stairs.  It would have been a comfortable space for one person, but “where two or three are gathered together, we’re stepping on each other’s toes.”

Our mail was delivered to the Calvary office on the second floor, and we had the use of their copying machine.  We “ladies in the basement” were accepted by their kind and cheerful staff and included in occasional staff events, especially the ones that featured Laird Stuart’s favorite KFC meals.  Pam sang in the Calvary choir at their hastily organized service on the evening of 9/11.

Most people saw her at GAs and conferences and meetings all over the country.  I saw her pushing cartloads of envelopes out to her car to take to the post office, plowing through stacks of papers on her desk, sweating out deadlines, anxiously monitoring the never-quite-adequate bank balance, stunned with fatigue, hoarse from constant conversation, frustrated, determined, and somehow usually fairly hopeful.

She came into the office every day with her regular load of papers in a tote bag from the Albuquerque GA.

Working in close proximity, I picked up bits of her life story that had never come up at church – that her father had been Secretary of the Air Force, that she had graduated from Wellesley in the class that included Hillary Rodham, that she had a Ph.D in English.

Even though her fashion sense was somewhat retro, I was astonished by her response when I complimented her on a colorful knitted vest she was wearing:  “My mother made this when I was in junior high.  It’s still a perfectly good vest.”

The only time I ever knew her to be absolutely at a loss for words was the morning we were packing to leave our hotel room somewhere and I sagely observed, “I’ve either got to stop carrying Mentholatum in a tube or put my glasses on before I brush my teeth.”

I spent one afternoon with Pam at her brother John’s home in Baltimore, met their brother Rod, saw echoes of their shared childhood in the way they talked to each other.  When lodging was scarce in Memphis before our conference there, she spent one night at my brother’s home with me.  She graciously endured my sister-in-law’s narrated tour of her lavishly over-decorated house, gamely admiring every collected collectable and cherished antique, emerging only slightly glassy-eyed. She participated in the family viewing of a NASCAR race and brightly observed, “My! That looks dangerous!”

I remember her singing in the choir nearly every Sunday, attending Session and committee meetings, thrashing though the PNC process of finding Tim’s successor.  I was happy to receive jars of the plum jam she and Jeff made from the fruit of the tree in front of their house. I never actually saw her playing charades at church retreats, since I never could stay up that late. I knew she had been named by a venerable church member with a colorful past as one of the few people he wanted to visit him when he spent a couple of years in San Quentin; she did that. She always took her turn greeting visitors to the church, and I later heard that was one of the last duties she gave up when she was ill.

When I went back to San Francisco for a visit in 2012, Pam offered to have a dinner party for me, and I asked her to invite a few friends I hadn’t said a proper good-bye to before I moved to Albuquerque. It was a fine evening, beginning with lively chatter in the kitchen as she and Jeff prepared the meal.  I’m pleased to cherish that as my last memory of her.