Letters from the Heart 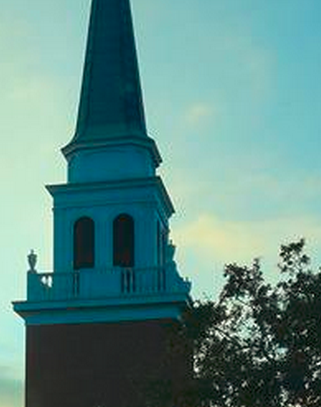 The congregation at Palma Ceia Presbyterian Church has been in conversation over the issue of homosexuality and the church for the past five years.  As one of the few openly gay members in the church, it has been a roller-coaster ride, to say the least – from initial talks about homosexuality in my adult Christian education class through to the discussions about conducting same-gender weddings on our campus.

My “coming out” at church occurred during an open session meeting to discuss a proposed change to the Book of Order to allow gays to be ordained as Ruling Elders.  In a room of about 35 people, most of whom I did not know, a sweet little lady made the statement that “if we approve this change, we will be condoning the gay lifestyle.”  After an agonizing few seconds, I raised my hand, and began to share my story.

You see, in some ways, I have a unique story.  I grew up in a small mid-west town, the grandson of a minister.  Wanting very much to be normal, I suppressed my sexuality, got married, and had two great kids.  But eventually, the stress of trying to be something I wasn’t wore on me and the relationship with my wife.  After 20+ years of marriage, and after many prayers, I summoned the courage to come out to my wife and kids.  I wanted to make the point that being gay is most definitely not a choice or a “lifestyle” – I had tried unsuccessfully to make it a choice for over 20 years.  Being gay is an integral part of who I am, as God made me.  I couldn’t change it any more than I could change the color of my eyes.

In the years that followed, I would sit through many more meetings and listen to my fellow Presbyterians debate the topic.  I would hear friends say things that implied that people like me were flawed in a way that made us some kind of second-class church members.  But I would also hear others speak up for love and inclusion.  Attending the Tampa Bay Presbytery meeting, where I spoke in favor of the change in the definition of marriage, was not too bad, as most of the people speaking against the proposal were strangers to me.  It was the meetings our congregation had to discuss allowing same-gender marriages on our campus that were the hardest.  These people were friends – people I sit next to in the choir loft or in the pews.  For a while, I couldn’t walk into a room at church without wondering if the whispers were about me.

For me, the lesson coming out of this whole process has been that communication is key.  Our congregation is blessed to have leaders who understand this.  Rev. Mike Peacock led an adult education class discussing the book Jesus, the Bible, and Homosexuality, by Jack Rogers.   Pastors John DeBevoise and Nicole Abdnour led Bible studies with the Session and congregation, featuring Presbyterian Bible scholars who were on either side of the argument.   And on the issue of same-gender weddings on campus, they invited the congregation to write the Session, or participate in an open meeting of the Session to share their personal thoughts, beliefs, and experiences on the issue.  Fortunately, all the conversations I heard were passionate, but respectful and heartfelt.  I believe that the reason this dialogue was successful was that it put a human face to the gay issue – we had gay members, parents of gay members, expectant mothers, and others who spoke out in support of tolerance and inclusion.  And in the end, the Session voted to allow these marriages by a 75% margin.

One night, as I was reading through the letters I had received as an active Ruling Elder, I realized that I had in my hands a rich resource of affirmation, support, and encouragement that I couldn’t keep to myself.  So I came up with the idea of collecting the more powerful letters and publishing them on a website, in the hope that they might be helpful to other churches and members struggling with the same issue.   And so, Letters from the Heart was born.  My hope is that it might be helpful to other congregations and individuals that are still struggling with this issue.