A Session’s Discernment Process on Marriage 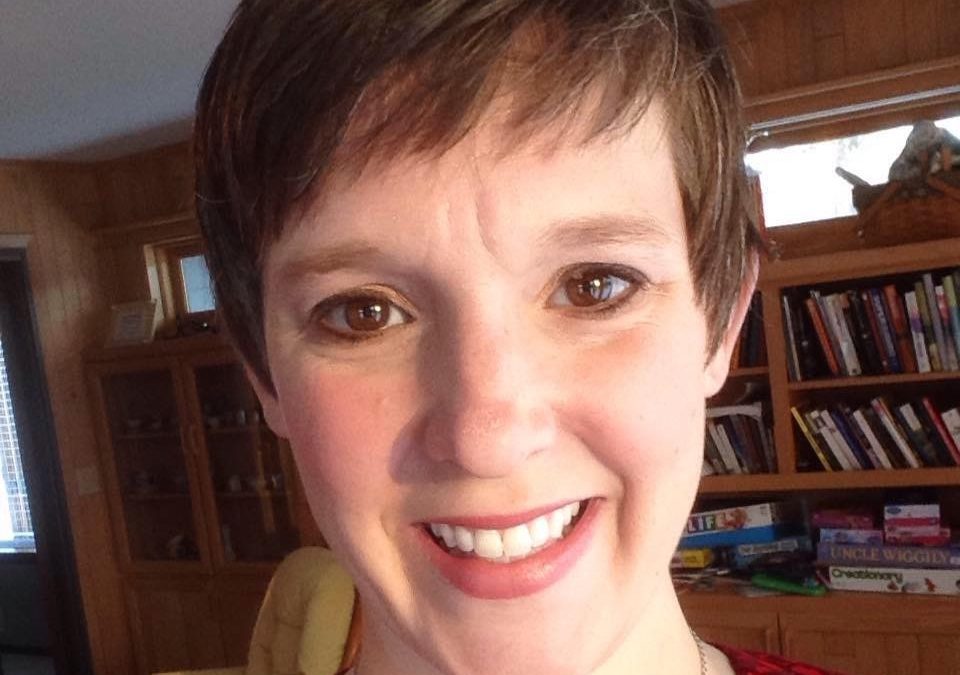 The session of the church I get to serve, First Presbyterian Church in Hudson, Wisconsin, met for a special meeting on Saturday morning, April 11, and something wonderful happened.  About half way through a Spirit-filled two hour meeting, the session voted unanimously that “at First Presbyterian Church of Hudson, Wisconsin requests for Session consideration of marriage will not be denied based upon sexual orientation.”

The diversity of understanding among session members reflects a similar diversity among our congregation.  As a body we don’t have predictable universally held opinions on the hot topics of the day.  We definitely don’t advocate for any political or theological stances as a whole congregation. This is largely because many feel that taking a stand that would project unanimity would be disingenuous and not reflective of our whole church family.  It is also because as Upper Midwesterners we consider conflict avoidance a spiritual gift.

It was clear after the 221st General Assembly and the beginning of marriage equality in the state of Wisconsin, however, that we needed to face our differences in order to have a deeper discussion about same sex marriage as a session and congregation. It was time for a more direct discussion of what our ministry would look like in a state with marriage equality.

When the session decided in the fall to move toward an early spring decision, the first thing I did was look for resources to help our discussion and discernment.  I looked at book studies and discussion guides put out by advocacy groups and authors on all sides of the discussion.  I searched for curriculum or questions for discussion from the denomination. In the end I was underwhelmed. Despite some great writing and accessible scholarship, none of the resources I found would, on their own, fit our needs.  Everything out there seemed to argue for a particular outcome, either to help convince someone to change his or her mind or bolster an opinion already held.

While my personal convictions in support of same sex marriage in the church have always been strong, I knew this was not the case for everyone across our session or congregation.  Having seen the damage that can be done when any “side” of the discussion discounts the faithfulness of another, I sensed the best way forward for our congregation was not to seek unanimity of position, but to build unity in our diversity of understanding.  The question for us was not “How can we all come to the same belief about same sex marriage?”, but “How will we remain one body, hold a variety of opinions about same sex relationships, and allow all members of our faith community carry out the ministries to which they feel called, which could include same sex marriages?”

Without a singular resource to carry us through the whole discernment, I worked on designing a process that would allow the session and congregation to wrestle with what they believe and examine from where their own deeply held convictions come.  Ultimately we would do this in a variety of settings, with the session reflecting further in meetings after each stage, by looking at what the Bible says about same sex acts and relationships, engaging in discussion around same sex marriage as a faithful ministry of the church, and learning about our Presbyterian commitment to freedom of conscience.

We started our education and discernment with five Sunday morning Bible studies held during our usual education time.  I wanted to get people talking with one another directly and digging into Scripture directly before we brought in outside voices.  There was no agenda other than getting people’s eyes on the actual biblical words that are often cited in discussions of homosexuality and sharing their own understanding of the text.  Although I did my own background study on historical context and original language and shared where it seemed appropriate, I didn’t prepare scripted lessons; we just opened the Bible, and read, and talked.

Next, I led a three week discussion of The Bible’s Yes to Same Sex Marriage by Dr. Mark Achtemeier and the companion video interviews from the Covenant Network.  I considered offering book studies of both “pro” and “con” positions, but in the end this book presented the least familiar position.  Most people, whether they agreed with it or not, could articulate a faith-based argument against same-sex marriage.  Very few, even the most ardent supporters, could articulate a faith-based argument in support of it.  As an accessible read that speaks to the concerns of more conservative church-goers, this book was a fantastic discussion starter for our participants.

The third step in our preparation for a vote included a class I designed to move us from a general conversation about sexuality and Scripture to one that was even more rooted in our Presbyterian identity. For these classes, I pulled together mostly denominational material on three topics: Presbyterian theology about marriage, the history of official opinions and votes about sexuality, and the historic principles of church order, such as freedom of conscience and mutual forbearance.  What I covered each time depended in some ways on what questions were asked and where the group seemed most interested in going with the conversations.

Not surprisingly, most people weren’t familiar with the historic principles of order and government.  This is when I got to profess my love for our church, our theology, and our polity. I love that at our core we are a people who trust that the Holy Spirit really does inspire us.  We encourage people to read and study Scripture, pray about it and discuss it with others, argue with it and try to understand it. We’re even willing to admit that sometimes people of good faith come to different understandings about important issues.  And while we have adopted a method of moving forward in disagreement that relies on the rule of the majority, we never say that the minority has to change their mind or leave our community.  We are encouraged to try to find ways forward that bind the individual’s conscience the least.

The last piece of preparation for our vote was a congregational conversation.  Although I was nervous about the “open mic” format and wondered what kinds of things would be said, overall the experience was a positive one.  Those who spoke were mostly in favor of marriage equality at our church, yet some expressed concern over the faithfulness of the decision.  We didn’t leave until everyone who wanted to talk was able to talk and the session offered to continue to listen to members and friends of the church in the 6 weeks leading up to their vote.  They explained very clearly their job was not to vote the mind of “constituents,” but to seek the leading of the Holy Spirit.  Part of seeking the leading was listening to the body of Christ and the wisdom contained within it.

When we met for the special meeting in mid-April, the questions I asked the session to consider were these: What decision can we make for First Presbyterian Church of Hudson, Wisconsin that will bind the consciences of individual believers the least?  What decision will allow the most members of our faith community to live into what they believe the Spirit is calling them to be and do without forcing another to go against their own conscience and understanding of the will of God?  The decision the session made unanimously was that we will not discriminate against same sex couples who request marriage on our property.  Individuals on session have the responsibility to prayerfully vote their conscience, and no consideration of a wedding request will be denied based on sexuality.

There was nothing quick and easy about getting to this place as a congregation.  We began discussion on marriage and sexuality almost 2 years ago when no one thought marriage equality would be possible in the state of Wisconsin for some time.  We picked up the discussions more purposefully when the General Assembly decisions were made.  They intensified again when suddenly same sex marriages were legal in our community.  It felt slow to some of us for whom this issue was long ago decided in our hearts and minds, but I know it felt like we were moving at lightning speed to those for whom this was a difficult subject matter.  What I am most joyful over is the grace and compassion with which these conversations occurred, the spirit of generosity and hospitality that hovered over our discussions, and the willingness of all to be led by the Holy Spirit in directions we may never have imagined. 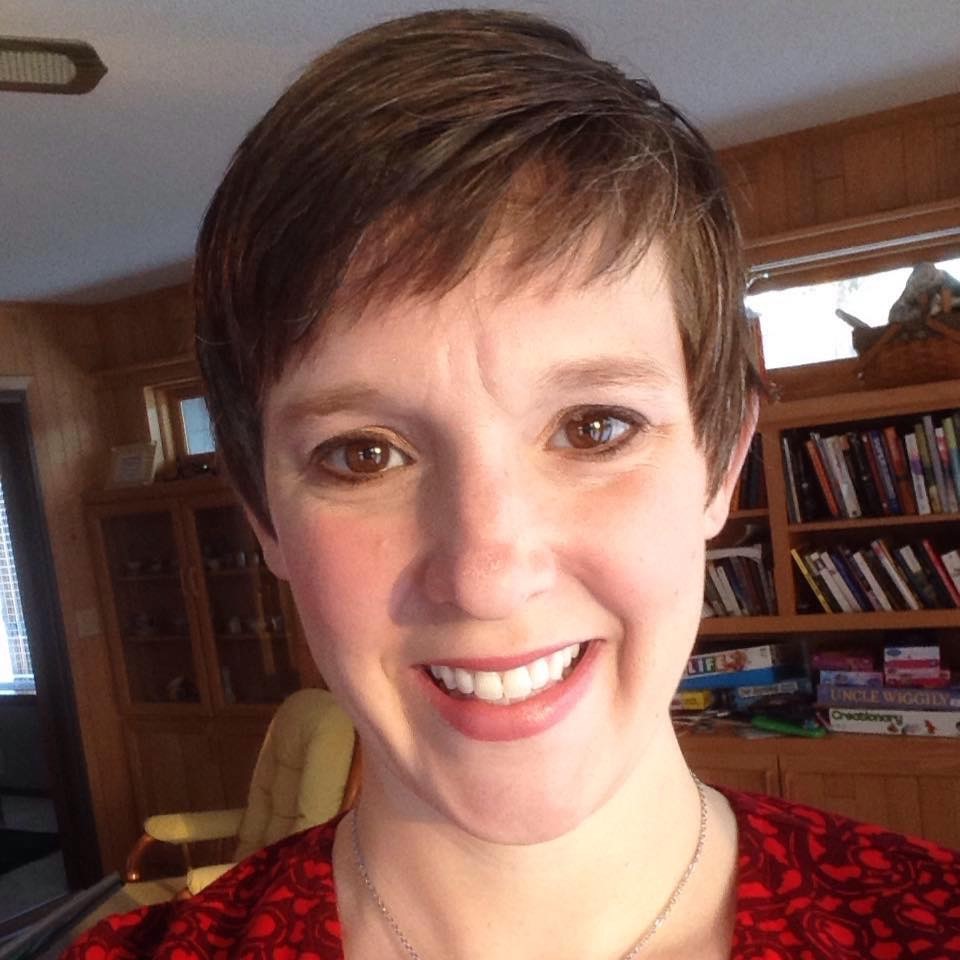 The Rev. Stephanie Anthony is the Pastor of First Presbyterian Church in Hudson, Wisconsin. She was a commissioner to the 221st General Assembly (2014) from the Presbytery of the Twin Cities Area.