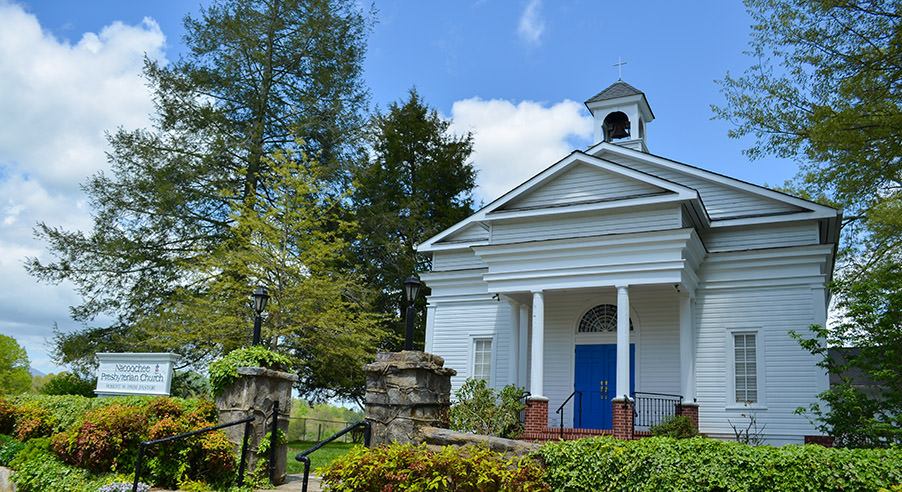 When the Presbytery of Northeast Georgia met to consider Amendment 14-F, both the Pastor of Nacoochee Presbyterian Church, the Rev. Robert W. Prim, and Ruling Elder Theodore Brothers shared their testimony.

There is a couple in our church who had to travel to another state to get married.  Georgia law prohibited their marriage. They had, however, a deep love for one another and a sense of God’s abiding presence in their lives.  They were a minority couple because the young white woman was from Georgia and the young Asian man from Japan.

Georgia did not allow marriages between people of different races until forced to do so by the U.S. Supreme Court in 1967. Until that time Georgia lived under a state court ruling which said … moral and social equality between races … does not in fact exist and never can. The God of nature – said the Georgia court – made it otherwise and no human law can produce it.

My point in sharing this story is to remind us that the form for marriage has evolved.  In the Bible prominent forms of marriage include polygamy, arranged marriages, concubines and wives co-existing, required marriage of a brother’s widow who is without sons.  Jesus never explicitly condemned any of those common practices.  The Church, however, has come to the conclusion that marriage is most life-giving when monogamous and between consenting adults.

The Bible does give a clear sense about God’s purposes for marriage — God has given us marriage so that human beings might grow in self-giving love.  In this way marriage is a beautiful metaphor for God’s relationship with Israel and Jesus’ relationship with the Church.  Marriage is about coming together as one and living faithfully in plenty and want, joy and sorrow, sickness and health.  Marriage is about abiding love and finding in abiding love the presence of God.

The law of God embodied in Christ’s abiding love for all the world is for the purpose that we might become, as Psalm 1 describes – like trees planted by streams of water … In all that (we) do, (we) prosper. People have found their lives rooted in goodness and love by following God’s law given in love that we might have abundant life.

For gay and lesbian Christians, however, the traditional condemnations of same-gender marriages have proved destructive. In order to stay in the Church they love, many have tried very hard to be changed from gay to straight or they have decided that their lives would have to be spent either hiding their true identity or in a forced celibacy not their calling.  Some have entered into incongruous heterosexual marriages that have ended in painful ways for everyone involved.  These faithful Christians have not found their lives prospering by following the traditional understanding of God’s law but, instead, have found themselves uprooted and living with an abiding sense of despair.

So, maybe, as with interracial marriages, we have to rethink our understandings of God’s law.  If we read very carefully the few places where same-gender sexual behavior is mentioned in Scripture, we will discover that for the most part each reference is in the context of violence, rape, prostitution, idolatry.  These passages do not address same-gender love that is faithful, self-giving, and monogamous. Nowhere in the Bible will you find condemnation of same-gender relationships of self-giving love.

I am convinced that gay and lesbian marriages can be reflections of the holy mystery of Christ’s union with the Church.  I am convinced of this because I have seen it with my own eyes in Mike and Ted, Janice and Priscilla, Francois and Alan, Vicki and Linda … And I have seen great faithfulness in single gay and lesbian members who deeply love Christ and the Church and want to experience the support and celebration of a congregation should they be called in the direction of Christian marriage… Adrianne, Jacki, Jeremy, Jill, Sara, Wally…

There have been several couples in our church who because of Georgia law concerning same-gender marriage have had to travel to another state to get married.

Praise be, however, they came back to their home church, Nacoochee Presbyterian Church, and we all came together to offer our blessings and support and to pray for God’s blessings, and then … we danced, and enjoyed God’s abundant life as a family of faith.

I believe that the only message in the teachings of Christ is love — love for God and love for our neighbors.  I believe that to be a good Christian is to practice love and acceptance without judgment.  Jesus said in the Gospel of John “A new commandment I give to you.  That you love one another; just as I have loved you, you are also to love one another.  By this all people will know that you are my disciples, if you have love for one another.”  (John 13:34-35)

Now, I know that many of you believe that I chose to be gay.  You are wrong.  Being gay is something God chose for me when I was born.  Being gay is how I was created.  For me, to deny being gay would be to deny God.  I cannot do that.  Nor can I deny the love that I have for my husband, Mike.  I believe that our marriage to one another is a reflection of Christ’s commitment to the church.  I believe marriage is a serious commitment between two people who will love each other, support each other, and remain faithful to each other. Mike and I have a Christian marriage built on love and founded in faith.  And I know that God blesses a loving Christ-centered marriage.

I pray that each of you will vote with your hearts and vote to allow Christian marriage for gay men and women who wish to be a part of this church and build their lives around it.