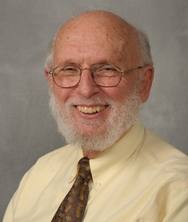 Imagine a world ago,  in spring of 1969.  I am sitting in his seminary dorm room with my friend Steve Lynch and we are drinking his favorite beer, Pabst Blue Ribbon, beloved surely for the price and not the flavor.

We are talking about our plans after graduation and Stephen confesses to me that he has no intention of being ordained.  This makes no sense to me; he has all the gifts for ministry—deep faith, compassionate care, canny wisdom. Frequent patience.

He was neither of your denomination nor of mine but he was quite sure, almost surely correctly, that when the time for ordination came if he was honest about his own affections his church would refuse to ordain him.

They would not simply say what each of us can say of any other human.

They wouldn’t say: “I don’t fully understand you.”

Or even, “You make me uncomfortable.”

They were preparing to say what St. Paul says no Christian dare say of any other: “We have no need of you.”

This story is a farce not a tragedy.  Steve  did not have a miserable life,  drink himself to death on Pabst Blue Ribbon or come to an untimely end.  He is alive and well after a long career as a public school educator of considerable distinction.  He even still goes to church.  He is still my friend.

But he suffered what even then I knew was not just an injustice but a categorical Christian mistake.  His fellow Christians were going to say what they had no right to say: “I have no need of you.”

Fast forward thirty years.  At the meeting of theological council of another denomination, my own, we are gathered to discuss what to do with the threat of schism in our church.  In the best Baptist fashion we had decided that questions of ordination were best left to local congregations, but some of our congregations were against that allowing that degree of diversity.

“If that measure passes our general board,” said some of my fellow Baptists, “our congregations will leave the denomination.”

The general secretary of our denomination, read stated clerk, had gathered an advisory council to suggest how to proceed.  “What do they do,” said Roy Medley, “If they threaten to leave.”

Unfortunately I raised my hand and  all too typical glibness  turned to Holy Writ.  “Let’s just tell them what our Lord said to Judas in the Gospel of John,” said the professor.  “What you must do, do quickly.” (Jn 13:27)

There was general laughter and even some applause, and I was pretty pleased with myself.

I had said to my fellow Christians not, “I disagree with you.” Or “I don’t understand you.”  Or even, “I think you mis-read the Gospel.”  I had said what St. Paul said no Christian dare say, “I have no need of you.”

Winston Churchill once said that he was not a pillar of the church of England but a buttress.  He supported it from the outside.  I consider myself a buttress of the Presbyterian Church, USA.  I married into it, or my wife out of it, depending on your perspective, and for a fair portion of my life I have got my salary by working at Presbyterian institutions.

I have watched not just with interest but with deep fellow feeling as you have wrestled with the issues of inclusiveness.  I rejoice as you rejoice that in ways my seminary self could not have imagined your church, my church, and many churches have come a long long way on the path toward faithfulness, which of course is also the path toward love.

But there may be just a little danger as you in your church and I in mine face the possibility of schism and the fights over property and budgets and pensions – there may be just a little danger that we will move beyond what we have every right to say: “I disagree with you entirely” – to what we have no place in Christ’s body to say: “Good riddance; we have no need of you.”

Is there some way that we can stand fast for justice and still work toward reconciliation?

I have talked with many of your leaders in the Covenant Network and I have read your fine publications from the first day until now.  And I wish I could tell you what you should do next.

In days past God brought God’s people from Egypt; now God will bring them from exile.

Not only a new thing, but a wonderful new thing.  Even better than bringing dry land out of the waters, God will bring waters out of the dry land. “I will make a way in the wilderness and rivers in the desert.”

Exodus upside down.  Of course what God has done so far is wondrous, but just think what may lie ahead.

It’s almost as if the Lord of Hosts was doing a variation on Annie Oakley and Frank Butler in “Annie Get your Gun.”  “Anything I can do, I can do better.”

I do not know how you work now for the sake of the Body.

Here is what I know: God is always doing a new thing.

Do you try to reach out to those who have turned away?

Do you step aside for now and let others take the lead toward reconciliation?

Do you find some other just cause and leave healing to time and to God?

God knows, but I invite you to guess and ponder and pray.

And I promise you what you already know, that you are called and invited and empowered to serve and embody that prayer which the Son prayed to the Father on the last night of his life, and which he still prays now and till the end of time.

I have given that glory to them, to the whole limping, laboring, struggling body. . . to the whole motley, confused and conflicted flock.

“So that they may all be one.”

To Christ be thanks and praise.