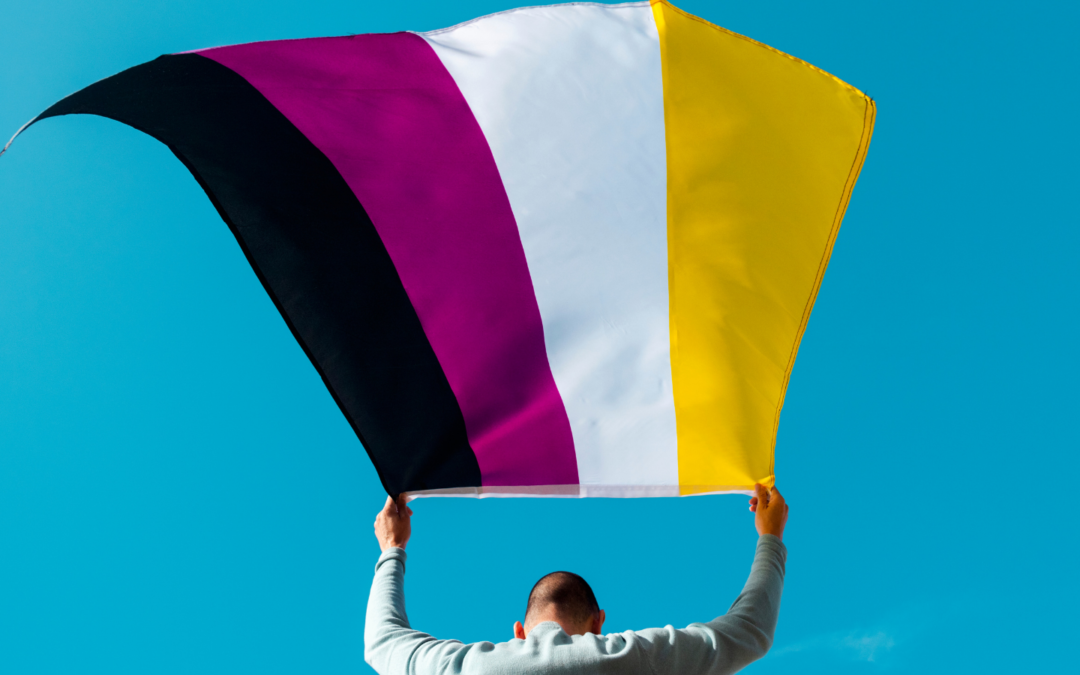 First celebrated in 2021, International Non-Binary People’s Day is observed each year on July 14. This day, which falls between International Men’s Day and International Women’s Day, aims at raising awareness and advocating for the rights of non-binary people.

According to The Williams Institute at UCLA School of Law, 1.2 million LGBTQ+ adults are non-binary. The first of its kind, the release of this study represents a landmark moment for non-binary people. Another recent victory included the State Department’s announcement in June allowing for U.S. passports to add a new gender marker. Since 2015, intersex activist Dana Zzyym has led the charge to advocate for this change.

At CNP, we work for a world where all are recognized, respected, and valued for the fullness of their identities. Anyone looking to learn more about transgender and non-binary identities can check out the free resources available on this website. Recently, we’ve added Well Chosen Words, a brochure that explains the importance of inclusive language with suggestions for expressing the fullness of God’s presence in speaking and writing.

In addition, a new PDF by Slats Toole and the Rev. Jenny McDevitt contains every prayer published on our social media during Pride Month. These prayers lift up all LGGTQIA+ people, but would be appropriate for any church service extending particular inclusion to nonbinary people.

Here is an excerpt from the Gathering Prayer by Slats Toole, one of our Board members at CNP:

“draw us to You
in this queer space that You,
the Nothing and the Everything,
the Creator and the Child,
the +,
inhabit so gracefully.
amen.”

We give thanks for all people who inhabit the +, opening our imaginations to new possibilities and pointing us toward an expansive view of gender.