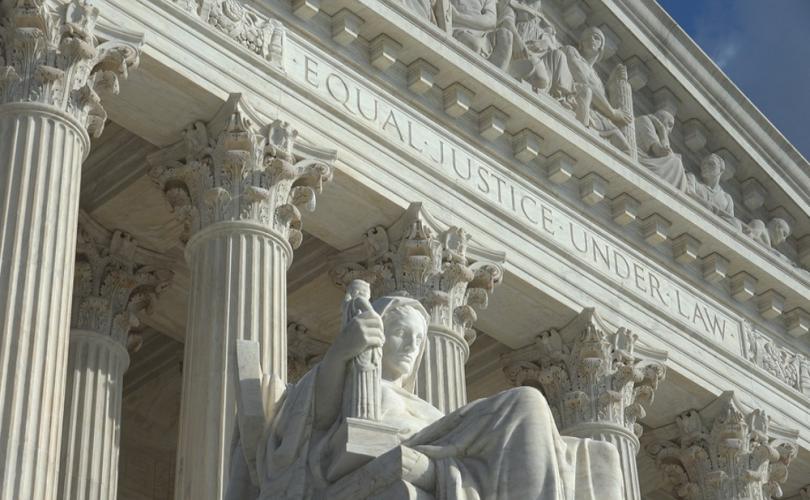 This week, we celebrated our nation and all that it represents. Some mark Independence Day with fireworks, others with patriotic displays or parades. I always make time on the Fourth to listen to NPR’s reading of the Declaration of Independence. And sometimes I do extra reading on my own of the writings of our founders—Washington’s farewell address, or the Federalist Papers, or parts of the constitution itself. Nothing feels more patriotic to me than reciting the words of the First Amendment, which begins, “Congress shall make no law respecting an establishment of religion, or prohibiting the free exercise thereof …”

Last month’s General Assembly approved a recommendation that didn’t draw a lot of attention before or during the Assembly, and even passed on its consent agenda—meaning there was so little controversy around it that the Assembly approved it without debate or objection. But in light of current events, Item 11-04 was one of the Assembly’s most relevant and critical actions—a statement we are called to help our church, and our nation, live into.

The overture (which you can read online here) cited past assembly statements and declared clearly that “…religious freedom is not a license for discrimination against any of God’s people, and cannot justify the denial of secular employment or benefits, healthcare, public or commercial services or goods, or parental rights to persons based on race, ethnicity, sex, gender, sexual orientation, gender identity, religion or gender expression.” It went on to encourage the Stated Clerk, every synod and presbytery, every congregation and member to advocate for this view wherever they can, reclaiming an historic understanding of “religious freedom” in our church and in our nation.

We live in a time when the threats to this understanding are very real, and when the terminology of religious freedom (or “liberty”) has been turned on its head. Rather than protecting those whose religious views may differ from those in power, the term today is portrayed as protecting those who would cite religion as their reason for not extending equal treatment to people under the law. Employers fire staff members based on the religious views of the boss. County clerks who issue marriage licenses circumvent the law because of personal religious beliefs. Servicemembers of varying gender identities have been discharged or excluded. And now, a Supreme Court vacancy threatens to lead to the undoing of many gains in human rights for all people, should just one more justice be appointed who understands religious freedom as a license to discriminate, rather than as a protection from discrimination. LGBTQ people—as has often been true—stand to lose the most.

This measure was developed by a team that included representatives of the Covenant Network of Presbyterians and More Light Presbyterians. It was carried to presbytery meetings by multiple sessions across the country, and approved by five presbyteries and a synod. Over and over, it was resoundingly approved. (The Assembly also approved a closely related action, Item 11-15, developed by the Advisory Committee on Social Witness Policy.) Going forward, we hope this action by the Assembly will lead to clear action and deeper understanding. And we hope Presbyterians will be better able to proclaim the gospel of a God who loves all people, and who calls us to do the same.

Read the overture, and join us in celebrating and defending real religious freedom.