Seeking Justice, and Benefits, For Surviving Spouses of Church Workers 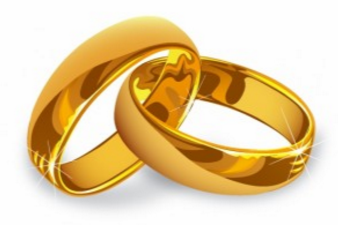 For the past several months, the Covenant Network of Presbyterians has been working together with the Rev. Janet Edwards and our friends at More Light Presbyterians on an important effort to correct a lingering injustice. We are pleased to announce, with the cooperation of the Board of Pensions, steps toward a solution. But we need your help.

We are seeking to identify the pool of people who were legally married or in legally recognized civil unions (any legally recognized relationship conveying inheritance benefits) and in which the partner who was a member of the Presbyterian Church (U.S.A.)’s pension plan died prior to 2013 (the year the plan began offering eligibility for same-sex spouses/partners to enroll in the plan). Once we know how many people meet these qualifications, we will work with the Board of Pensions and other agencies of the church to identify adequate funding to pay the equivalent of survivor benefits to those who, under today’s rules, would have been eligible. While the Board of Pensions is under no legal obligation to make such payments, they have agreed to administer them if an appropriate funding source can be found.

Please read the letter below and share it with others who might be affected. And if you have any questions—or have suggestions or ideas about providing necessary funding to correct this injustice—contact executive director Brian Ellison by email or phone. And thank you!

Please Help Us Find Some Lost Sheep: A Pastoral Letter to the PCUSA

For some time, the Presbyterian Church (U.S.A.) (PCUSA) has been working to reflect in the life of our church the place of lesbian, gay, bisexual, transgender and queer people (LGBTQ) in God’s heart. This is all good. It is also a process.

Situations of LGBTQ people in the church continue to emerge that call us to pay attention and reform in order to embrace LGBTQ people with justice and compassion—the way we want to embrace every child of God.

One such situation has come to light. More Light Presbyterians and the Covenant Network of Presbyterians are asking for your help to identify others for whom we can make this right.

We know that LGBTQ Presbyterians have diligently served God in the PCUSA all along. Before the change in ordination policy in 2011, Chris Glaser and Rev. Janie Spahr had the courage to come out. LGBTQ faithful labored in the church with energy, intelligence, imagination and love. And, as most do, these faithful servants were enrolled in the plans of the Board of Pensions. Their  congregations paid diligently into the plan in support of their enrollment.

In 2013, the Board of Pensions began to make this right by including same-sex spouses among those eligible to receive survivor pensions. That 2013 policy has been the date from which they have marked this eligibility.

But LGBTQ people could be legally married a good while before 2013. In the United States, Vermont began civil unions in 2000. They were available in Denmark in 1989.

Unfortunately, the pension fund cannot make regular pension benefit payments for those the plan did not recognize as spouses prior to 2013. But, if another source of funding can be found, the Board of Pensions is willing to administer equivalent payments, as if those spouses/partners had been eligible under today’s rules. Essentially, those eligible for these payments would be survivors (of enrolled plan members) in a same-sex marriage, civil union or domestic partnership that conferred legal rights of inheritance, and in which the plan member died before January 1, 2013.

In order to secure funding within the church, we need to know how many such surviving spouses/partners there are. We have to find them, which is not so easy, which is why we need you!

We need you to make sure that LGBTQ members of the Pension Plan, both ordained clergy and other employees right now enroll their spouses with the Board of Pensions to ensure eligibility for survivor benefits. Please check to make sure the LGBTQ Presbyterian clergy you know have this in place. Please!

And, we need you to help us find the beloved, legal spouses of closeted LGBTQ clergy in the PCUSA who died before the 2013 revision in Board of Pensions policy. These may not be Presbyterian. They likely do not know of this possible benefit. We need to find them to make this right!

We know there is one. Shannon Clarkson and Rev. Dr. Letty Russell met in 1974 and began living together in 1975. In 2005, they celebrated their civil union in Connecticut in a ceremony with friends in their home. In 2007, Letty passed away. Letty began her service in the PCUSA at the East Harlem Parish in 1951. Most likely, payments on her behalf into the pension plan started then, too.

Shouldn’t Letty’s beloved partner of 32 years receive the equivalent survivor benefits? How many Shannons are there out there? We need to know to get this right!

So, please, contact the Rev. Janet Edwards at [email protected] if you know of a surviving spouse of LGBTQ clergy who passed away before 2013.

We need your help to find these lost sheep!