Jack B. Rogers: In life and in death we belong to God 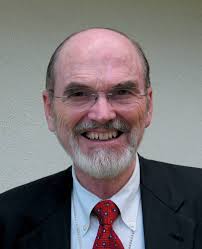 The Rev. Dr. Mark Smutny, a former member of the Covenant Network Board and Jack Rogers’ longtime pastor, graciously agreed to share his reflections:

We mourn the death and celebrate the life of The Reverend Dr. Jack Rogers, who died this past Wednesday, July 13 at his home in Pasadena, California at the age of 82. His memorial service bearing witness to the resurrection will be this Friday, July 22, 2016, 11:00 a.m. at the Pasadena Presbyterian Church, 585 East Colorado Blvd., Pasadena, CA 91101, where Jack worshiped for decades along with his wife, Sharon. The family asks those attending to RSVP by clicking this link.

Two links provide excellent information about Dr. Rogers, his life and accomplishments. One, written by his son Toby, appears on the Jack Rogers website. The second, written by Emily Odom of the Presbyterian News Service, can be found here. Little new can be added to these tributes. Both express the grief and gratitude of Presbyterians everywhere who knew and loved this saint of the church.

Jack had a marvelous sense of humor, a steel-trap mind and a soft heart. He adored his wife, Dr. Sharon, with whom he shared the covenant of marriage for fifty-nine years. Sharon’s life-long commitment to education for the disabled, especially children on the autistic spectrum, profoundly shaped Jack’s life. He became an advocate for the rights of the disabled in his own congregation and in the PCUSA denomination.

Jack Rogers’ Christian faith was thoroughly evangelical and straight from Presbyterian orthodoxy centered in the confessional heritage of the Westminster Confession of Faith. From the age of twelve on he understood that “we are lost in sin and that Christ has paid the penalty for our sins and that by trust in Christ we received our salvation” (Jack Rogers, Jesus, the Bible and Homosexuality: Explode the Myths, Heal the Church, Louisville, KY: Westminster John Knox Press, p. 4). He never wavered from that rock-solid faith.

Jack had a delightfully simple way of conveying the essence of the Gospel. For example, he told the story of noticing three wriggly ten-year-old boys sitting in the front pew one Sunday when he was preaching. To hold their attention he said, “Boys, I can tell you everything the Bible is about in ten seconds. Why don’t you time me?” They did. Jack said, “God made a good world. We messed it and ourselves up. God came in Jesus to put us and it back together again.”  One of those ten-year-old boys stood up and said, “Nine seconds!” Then Jack would look at his audience and say, “At least I had his attention for nine seconds.”

Jack held our attention for decades. For sixty plus years, he studied, wrote and spoke. He captivated us with his scholarship about the great confessions of our church. He was a consummate teacher and a lover of knowledge. He shared personally when his mind and heart were changed regarding the full inclusion of LGBTQ people in the church and world. When asked to study the scriptures in the light of the real lives of gay, lesbian, bisexual and transgender Christians, he became a fierce and learned advocate. Jack saved lives. He saved thousands of lives. When the light dawned on him through study of scripture and listening to decent, faithful Christians who were excluded because of whom they love, his heart and mind changed and he told us about it. He invited us to ask again what Christ intended for the church. He said the witness of the Bible is for freedom and inclusion. He helped us see that Christ wanted us to be truly welcoming. Then he did what any decent evangelical would do: he evangelized! He spoke and wrote and published. He listened to the pain of people long silenced. He was instrumental in changing the collective mind of his beloved denomination.

Jack was a good man, a friend, a wonderful husband, father and grandfather. He was a great Moderator of the General Assembly and a distinguished professor and theologian. Most of all he was a faithful disciple of Jesus Christ. We have lost a giant of the faith. Now we release him into the care of our loving God whom Jack served his whole life long. Thanks be to God for the life and witness of Jack Rogers. Thanks be to all that is eternal.

And thanks, Mark, for this witness to the faithful life of our wonderful friend.