I want to start by saying that I am writing this “op-ed” piece totally unsolicited, and offering it to my friends at Covenant Network.  I have been saddened, though not surprised, by the painful reactions of some in the LGBTQ community, and others among our allies, against the position Covenant Network has 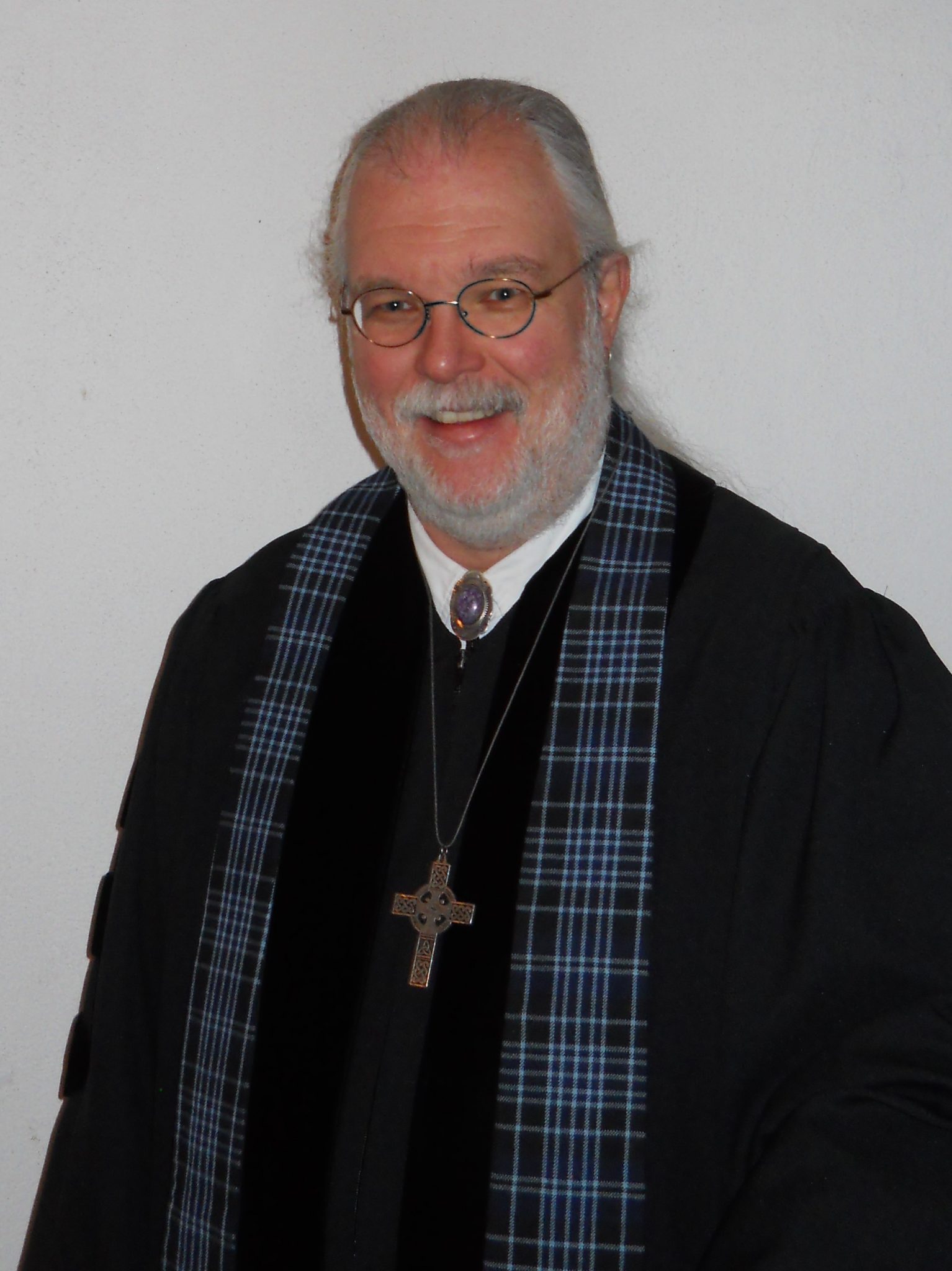 taken on Overture 50 (the “apology overture”) that is coming to the General Assembly in Portland.  So far as I can see, Covenant Network’s response is entirely consistent with the careful stances they have taken over the last two decades, of balancing advocacy for full inclusion of “all God’s children” in the PCUSA with a commitment to honoring as best they can the “all” in that “all” – including those with whom they/we/I may differ.  I also honor them for seeking to remain true to the stance they, and many of us, have adopted over the years, that we have no intention to become new “forcers of conscience” in regard to ordination and marriage policy.  Simply put, we will not do to “them” what “they” too often have attempted to do to us.

So, what do I think about the proposed apology overture?  Unfortunately, in answering I think I may be about to further offend absolutely everybody on all sides….

I am a sixty-year-old gay man, a married gay man, a gay man ordained since 1982 to the ministry of Word and Sacrament.  Because of that particular combination, and having started out in a “validated” ministry, I have never served in a “called and installed” position in the PCUSA, and I never will.  I have mostly served in the church as a parish associate and presbytery “member-at-large.”  In 2014, I chose to withdraw from the “fray” by taking early retirement.

My husband also has his M.Div., but was never ordained to the ministry of Word and Sacrament.  His sexuality became known to his home presbytery while he was still in seminary in the late 80s, and although he was maintained in candidacy there was no real way forward to him for ordination to professional ministry.  He was later ordained as a ruling elder, and has now served in that role in two congregations.

We have stayed with the PCUSA through thick and thin.  Thankfully, over the years, I found the willingness to be more open, outspoken, and bold, both in my presbytery and in the larger denomination.  It has been such a stressful joy, over these last six years, to finally see the fruition of our four decade struggle for full membership rights, including the right of all Presbyterians to be asked and elected to serve in ordained office at the pleasure of our congregations and presbyteries, and the right to be married by our own ministers in our own congregational settings at the discretion of our pastors and church sessions.

We know that there has been much pain, deep pain, over the years.  We know that there is much work, deep and hard work, yet to be done in the PCUSA to make it a truly, heart-fully, inclusive body.  There is still far too much prejudice and antipathy against LGBTQ Presbyterians… even with all of the departures to ECO and other bodies.  There are still too many roadblocks and detours enroute to ordained service.  There is still too much reluctance to embrace full inclusion, openness and affirmation, welcome, and celebration of God’s beloved rainbow LGBTQ children in the PCUSA.

When a beloved friend first broached the idea of Overture 50 to me last year, I frankly misunderstood it.  What I heard – which I now understand is not what he was saying – was that it would be a mutual apology and asking for forgiveness on all sides, coming out of these nearly forty years in the wilderness.  I loved the idea.  It felt right.  So, when I first saw the draft overture text, I was surprised.  It was not what I had hoped for in the scope of mutuality and of our asking the other side for their forgiveness, as well as vice versa.  I know my friend was disappointed, and perhaps somewhat ticked off, when I later declined to advocate for the overture in the Presbytery of Santa Fe.

Like most LGBTQ folk of our generation, and too many (still) of those who follow after, my husband and I have had some tense family relationships over the last thirty-some years that we have been together.  Our eventual marriage in 2012 was mostly met with deadening silence in our families of origin, on both sides, with some happy exceptions.  That said, we have also found over the years real warmth and affection from quite a few of these same folks, many of them deeply principled conservative Christians… including a fair number of ordained Presbyterians (deacon/elder/minister).  The thing we realized, long since, is that one thing that could only be hurtful, and definitely not helpful, would be for us to ask them outright to apologize.

Why? Because, as we have been seeing around us denominationally, it would simply stir things up, arouse defensiveness, open old wounds, and undo too much of what slow time and healing has accomplished.  We’ve had our deep hurts and pains, but they have had their own sets of pain and challenges to deeply held belief and faith, and several have seen the cost of our new denominational stances borne by them in congregational splits and departures.  Many have hung in, too, in their way.  Some among our kin and loved ones have also made painful decisions to disassociate from the PCUSA over… us.  And, some are still enmeshed in the process that is leaving various congregations and presbyteries decimated and, in too many instances, devastated.  It hurts, deeply, when I find some on “our side” too ready and quick to dismiss the pains among these sisters and brothers with whom we differ.

If we, LGBTQ Presbyterians and our allies, fail to acknowledge that, then we are failing them (and Jesus) in the same way too many of them have failed us (and Jesus) over the years.  That does not mean that we should back away from what has been achieved, or from our ongoing advocacy for fully realized inclusion and welcome.  But, I think it does mean that… for all the justness of it… pushing for an apology from the PCUSA is more harmful than helpful, at least at this point in time.  Do I want it?  Absolutely.  Should I urge it?  In charity and mutual forbearance, I think not.  The wounds of the long struggle are still too open and raw, and the reaction is re-opening our own wounds and scars.

There is, however, something that I think we can all sincerely express, something that could be healing for all of us.  That is “regret” for all the hurts and wrongs that have occurred over the last forty years, ever since the original Task Force on Homosexuality was formed by the UPCUSA in 1976.  Admittedly, “regret” is a bit different from an “apology”… but I find it also probably more appropriate for where we are, now.  It is, to my mind, an extending of the hand seeking reconciliation, rather than asking for the hand to be extended.  There is a particular, relatively recent, example of this that has kept coming strongly back to mind for me in recent days.

I am something of a student of British history, both religious and general.  Five years ago something remarkable happened.  After a century of inter-communal alienation and separation, often violently expressed, Queen Elizabeth II went to Ireland in May 2011, and at a formal banquet in Dublin Castle made a speech that, I think, may in time be regarded as the most significant single act of her now sixty-four year reign.  Her most striking words, in my estimation, were these: “With the benefit of hindsight, we can all see things that we wish had been done differently… or not at all.”

Have conservatives, LGBTQ activists, progressive allies, and centrist institutionalists in the PCUSA done things over the last forty years that “we wish had been done differently… or not at all”?  (Remember, the question is for all of “us” respectively, and not just “them.”)  We have.  Have we hurt one another, intentionally or not, sometimes badly, too many times?  We have.  And… without casting aspersions on the original intent… will an ultimately half-hearted institutional apology that too many resent being made, and that too many others resent for being half-hearted, prove conciliatory?  I fear not.  But, I still hopefully wonder if at least we might find a way to mutually express our regret for the things that might have been done differently, or not at all.

As this General Assembly gathers in Portland, we are approaching the 50th anniversary of the Confession of 1967, which focuses on reconciliation.  As we mark the milestone, some of the words ring truer than ever:  “To be reconciled to God is to be sent into the world as [God’s] reconciling community.  This community, the church universal, is entrusted with God’s message of reconciliation and shares [God’s] labor of healing the enmities which separate men [and women] from God and from each other.” (C-9.31)  That has been my hope and prayer over these last thirty-three years of continuing to “hang in there” in ministry with and for the PCUSA, and it remains my hope and prayer as we move onward, hopefully together, hopefully in peace and increasing harmony, in service to the one who calls us all.

Kenneth Cuthbertson, PhD., is an honorably retired member of the Presbytery of Santa Fe.  He is the author of The Last Presbyterian? – Remembering the Faith of My Forebears.