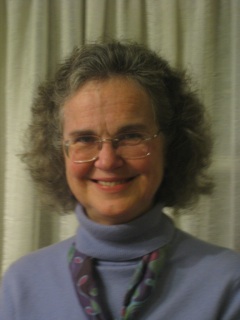 The Covenant Network of Presbyterians is saddened at the death of its founding executive director, Dr. Pamela McLucas Byers. Pam was an exemplary ruling elder, a tireless evangelist, and a true friend. Her service to the PCUSA and the cause of justice for LGBTQ persons was incomparable.  She will be deeply missed.

Pam served as a ruling elder at Old First Presbyterian Church in San Francisco, where she sang in the choir and performed countless other services. Pam began her work with the Covenant Network in September 1997, serving until her retirement in June 2011—the same month as the long-sought removal of G-6.0106b from the Book of Order, opening the door to the ordination and installation of openly lesbian or gay Presbyterians as deacons, ruling elders and teaching elders. She spoke of it as one of the highlights of her life. Earlier this year, Pam was honored as the 2014 Distinguished Alumna by San Francisco Theological Seminary.

“She embodied what came to be the ‘brand’ of the Covenant Network: she was, herself, just and generous. Pam’s gentle, yet tenacious commitment to an inclusive church made the difference. The PC(USA) was helped enormously by this elder who embraced God’s call on her life and lived it fully,” said the Rev. Tim Hart-Andersen, one of the founding board members of the Covenant Network and Pam’s pastor when the organization began. “Thanks be to God for Pam Byers’ witness to the unconditional love of Jesus Christ, the very love that now holds her forever.”

“What an immense honor it was to be Pam’s friend and co-worker,” said the Rev. Tricia Dykers Koenig, national organizer for the Covenant Network. “She brought out others’ gifts and downplayed her own when it came to recognition. But what gifts she had!  Her utter generosity in sharing those gifts blessed her family, her friends, her beloved Old First, the Presbytery of San Francisco, and the whole Presbyterian Church (USA).  She was a fierce friend. Unkindness and injustice offended her. We are a more faithful and loving church because of Pam.”

Pam is survived by her husband Jeff, daughter Katie, sister Susan McLucas, and brother John McLucas. A memorial service will be held at Old First Presbyterian Church in San Francisco at 10:00 a.m. on Saturday, November 8. Tributes are already being posted through social media, and all are invited to offer remembrances in the comment section of this post.

“It is not an exaggeration to say that the church is very simply a different place because of the hard work and faithful persistence of Pam Byers,” said the Rev. Brian Ellison, the current executive director who succeeded her in 2012. “She took the Covenant Network from being a group of people with a good idea to being a nationwide entity that achieved real transformation. It was service done from a place of passionate faith and abounding love, and in that she was a model for me and for us all.”