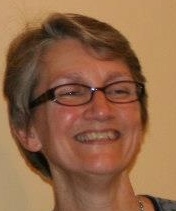 The Saturday morning plenary at the 2013 Covenant Conference, “Marriage Matters,” included a look by National Organizer Tricia Dykers Koenig at the Covenant Network’s work leading up to the 221st General Assembly (2014), to be held in Detroit June 14-21:

The Covenant Network of Presbyterians was founded in 1997 to help pass in the presbyteries what we now call “the first Amendment A” – a proposal by the 1997 General Assembly to change the newly-approved G-6.0106b, the paragraph intended as a prohibition on the ordination of Presbyterians in same-gender partnerships.  After that first attempt, we had another unsuccessful Amendment A, in 2001, an Amendment B that came up short in 2008, and finally the successful Amendment 10-A that replaced G-6.0106b with the more open standard now numbered G-2.0104b.  Along the way we helped to block an attempt to prohibit Presbyterians from participating in worship services blessing same-gender partnerships – Amendment O in the year 2000.

While there are many other issues of justice and the well-being of the church and the world that concern most of us, the Covenant Network has focused on the church’s deliberate attempts to exclude some children of God from participation in the church’s ministry.  Also from our founding, we have been concerned about the unity of the church – believing strongly that we ought to be able to disagree even about important matters and stay together in witness to the love and Lordship of Jesus Christ, and striving to keep communication open with those who do not share our understanding of what Scripture teaches on these issues.

The work for ordination inclusiveness which was half of our primary purpose for many years is not yet entirely completed – there is still a need to overcome the de facto barriers to service by lesbian and gay, transgender and bisexual persons, even after the constitutional barriers have been eliminated; so if you are a candidate navigating the ordination and call process, or part of a concerned session, PNC, or presbytery, please don’t hesitate to be in touch.  The very first overture sent to the General Assembly next summer in Detroit is a proposed amendment of G-2.0104, and I am aware of at least one more under consideration, so we will continue to be vigilant.

And obviously, the church’s unity is endangered when congregations in a number of presbyteries are considering breaking fellowship with the PCUSA or have already done so.  Our website has a collection of resources for those seeking accurate information as individuals, congregations, and presbyteries discern Christ’s will for their witness and mission.

As always, every piece of business at the GA is important in some way and must be considered carefully, and therefore we are concerned with all of it.  Commissioners and advisory delegates in Detroit will have the honor of voting on final approval of a fresh new ecumenical translation of the Heidelberg Catechism, now that it has been overwhelmingly approved by the presbyteries – at last count, 156 presbyteries in favor to only 13 opposed.  The GA will consider a strong special committee recommendation to ask the presbyteries to approve the addition of the Belhar Confession from South Africa to our Book of Confessions, a recommendation to reduce the number of synods, a revision of the Directory for Worship, and numerous other issues of import to the life of the church and to its mission in the world.

It will not surprise you on this last morning of the “Marriage Matters” conference, that the primary focus of the Covenant Network at the 221st GA will be marriage equality – since marriage is now the locus of a continued deliberate attempt to exclude some children of God from participation in the ministry of the church.

It is sometimes claimed that the Constitution of the Presbyterian Church (USA) prohibits same-gender marriage; as in many discussions of polity matters, this is an oversimplification.  A minister in the PCUSA can legally do a commitment service, a holy union, a blessing of a civil union for a same-gender couple, and we believe, a religious service blessing a couple who have been married in a civil service.  Our board also believes that a teaching elder may officiate at a civil marriage with a religious blessing without running afoul of the current governing interpretation of the PCUSA Constitution, provided that the officiant steers clear of traditional liturgical forms and issues a statement in connection with the service that the Presbyterian Church (USA) does not recognize what’s happening as an ecclesiastical marriage ceremony as defined by PCUSA polity.  However, some ministers in refusing to discriminate against certain families in their exercise of pastoral care have been charged with an offense for conducting legal marriages for same-gender couples; others are reluctant to subject their congregations and themselves to possible sanctions plus the distraction and expense of judicial process, and the disruption in the lives of couples who very often just want to celebrate their covenant with one another in their faith community, not to become the focus of culture wars in the church.  We celebrate the growing number of U.S. states joining the equality ranks, but that does mean that more and more pastors and sessions are finding themselves in untenable positions  – forced to make distinctions that offend their understanding of the gospel, or potentially to subject themselves to expensive and energy-draining judicial process.

The Covenant Network Board has joined the Board of our allied organization More Light Presbyterians in supporting a two-pronged approach to this problem at the next GA: both an authoritative interpretation of the current section of the Book of Order, W-4.9000, and an amendment that substantially revises that section.

I won’t rehearse the whole history this morning, but let me read this reasoning by the GAPJC, in their decision affirming that the Rev. Jean Southard was not guilty of an offense for conducting a marriage of two women in Massachusetts – an explanation which explicitly reaffirms that it was the GAPJC itself that created an offense where none had previously existed:

If there were something inherent in the Constitution that prohibited same-gender marriage, Jean Southard would have been guilty.

To repeat – the rules that restrict the ability of pastors to minister to same-gender couples have been made by AI in the first place – it is entirely appropriate to address the pastoral crisis created by authoritative interpretation by issuing a different authoritative interpretation.  The General Assembly with 654 commissioners is vastly more representative than the GAPJC with 16 commissioners – not all of whom even agreed with the reasoning of the majority.

The authoritative interpretation being considered by a number of presbyteries would highlight the fact that marriage services are important occasions for exercising pastoral care in the context of worship, and that our Reformed tradition ensuring freedom of conscience in the interpretation of Scripture must afford ministers the discretion to participate in legal marriage services if they believe the Holy Spirit is calling them to do so as part of their faithful ministry.  The proposed AI reaffirms what is already true, including the assurance that no teaching elder can ever be required to conduct a service that violates his or her conscience or best judgment.  It explicitly withdraws previous AIs on the subject beginning with the 1991 statement and including those created by subsequent GAPJC decisions.

It is imperative that the GA use its authority to resolve the urgent pastoral crisis that is hampering the faithful ministry of hundreds of ministers and congregations and continuing to send the message to some children of God that they are less than fully welcomed in the church of Jesus Christ.  Because an AI goes into effect as soon as it is issued, this is the fastest way to gain relief so that ministry can happen unhindered in the growing number of places where marriage equality is the law.

The second approach to the matter of PCUSA  marriage equality is an amendment to the Book of Order to remove the gendered language in the current marriage section of the Directory for Worship – language that has been interpreted restrictively and is no longer accurate even as a description since it includes the assertion that “Marriage is a civil contract between a woman and a man.”   The overture language that both boards are encouraging also lifts up the values of love, mutual support, and lasting faithfulness both for the married couple and for the faith community.  In the spirit of the new and streamlined Form of Government, it seeks to create a broad constitutional framework within which the councils of the church may adapt practices, procedures, and structures to the needs of particular mission.  While the authoritative interpretation addresses the immediate pastoral crisis, an amendment is a longer-term correction to make the Book of Order more accurate.  If you are interested in the possibility of your own presbytery considering one or both of these overtures, please let me know.

When the intentionally-exclusive ordination standard G-6.0106b was replaced by G-2.0104b, that did not signal a consensus in the PCUSA about sexuality; it meant that the church had decided that we can agree to disagree while we continue to seek the mind of Christ.  The last GA adopted a statement in the context of the ordination debates that also applies in the marriage debates:

The 220th General Assembly (2012) acknowledges that faithful Presbyterians earnestly seeking to follow Jesus Christ hold different views about what the Scriptures teach concerning the morality of committed, same-gender relationships.  Therefore, while holding persons in ordered ministry to high standards of covenant fidelity in the exercise of their sexuality, as in all aspects of life, we acknowledge that the Presbyterian Church (U.S.A.) does not have one interpretation of Scripture in this matter. We commit ourselves to continue respectful dialogue with those who hold differing convictions, to welcome one another for God’s glory, and not to vilify those whose convictions we believe to be in error. We call on all Presbyterians to join us in this commitment.

Holding fast to that commitment, we will continue to work to make its implications a reality – before, during, and after the General Assembly in Detroit.  “We” includes you – so be in touch with me about how you can get involved.