Celebrating the Ordination and Installation of Dan Vigilante 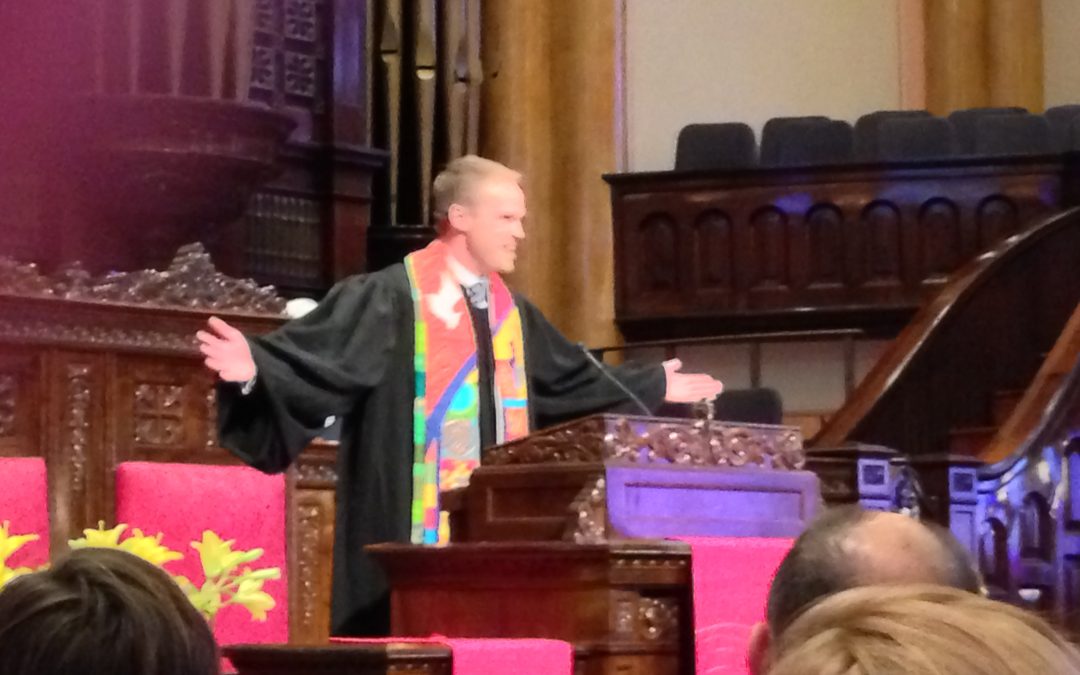 On the afternoon of Sunday, August 25, 2013, the Presbytery of the Twin Cities Area ordained Daniel Vigilante as a Teaching Elder and installed him as Pastor of Grace-Trinity Community Church and Associate Pastor of Westminster Presbyterian Church, Minneapolis.  Dan is a member of the Board of Directors of the Covenant Network, and we rejoice with him as he has, at long last, reached this stage in his ministry.  You can see the service here (scroll down to 2013-08-25 Daniel Vigilante).

Dan graduated from Princeton Theological Seminary in 2004 with both an M.Div. and an M.A. in Christian Education, but did not pursue ordination due to the presence of the former G-6.0106b in the Book of Order. After seminary he served St. Mark Presbyterian Church in Newport Beach, California, in a creative and faithful ministry with youth and young adults, without being ordained.

After Amendment 10-A removed G-6.0106b from the PCUSA Constitution, Dan was invited in 2012 by Westminster and Grace-Trinity to lead a new ministry outreach in the Uptown neighborhood of Minneapolis, with the intention of proceeding to ordination.  He joined Westminster, was taken under care of the Session and the Presbytery of the Twin Cities Area, and passed the standard ordination exams, which he had not taken earlier.  The presbytery voted — by well over the requisite three-quarters — to waive the usual two-year requirement for inquiry and candidacy, making it possible to schedule the ordination and installation for this summer.

Several members of the Covenant Network Board were privileged to participate as leaders in the service:

Gary Collins, former pastor of St. Mark Church, gave the charge to the newly ordained, and the charge to the congregations was delivered by David Liddle.  Many other CovNet supporters were present to celebrate, including a large contingent of Californians from St. Mark.

As its gift to Dan, the board of directors of the Covenant Network announced the formation and initial gifts to a Daniel Vigilante Scholarship Fund. The Rev. Deborah Block, board member and former co-Moderator, presented the award, remembering Dan’s trip from Princeton with other seminarians to attend the 2000 national conference in Pittsburgh. Despite the long drive and sleeping on an aunt’s floor, he and his classmates would go on to speak of the powerful impact participation in that conference had on their vocation and their hope for the church. The scholarship will assist seminarians in participating in the Covenant Conference, and details about the application and distribution of the scholarship will be announced in the next few weeks.

Blessings on the continuation of your ministry, Dan!  We celebrate the blessing that you have already been to the Presbyterian Church (USA), and the new reality in which your gifts can be more fully recognized. 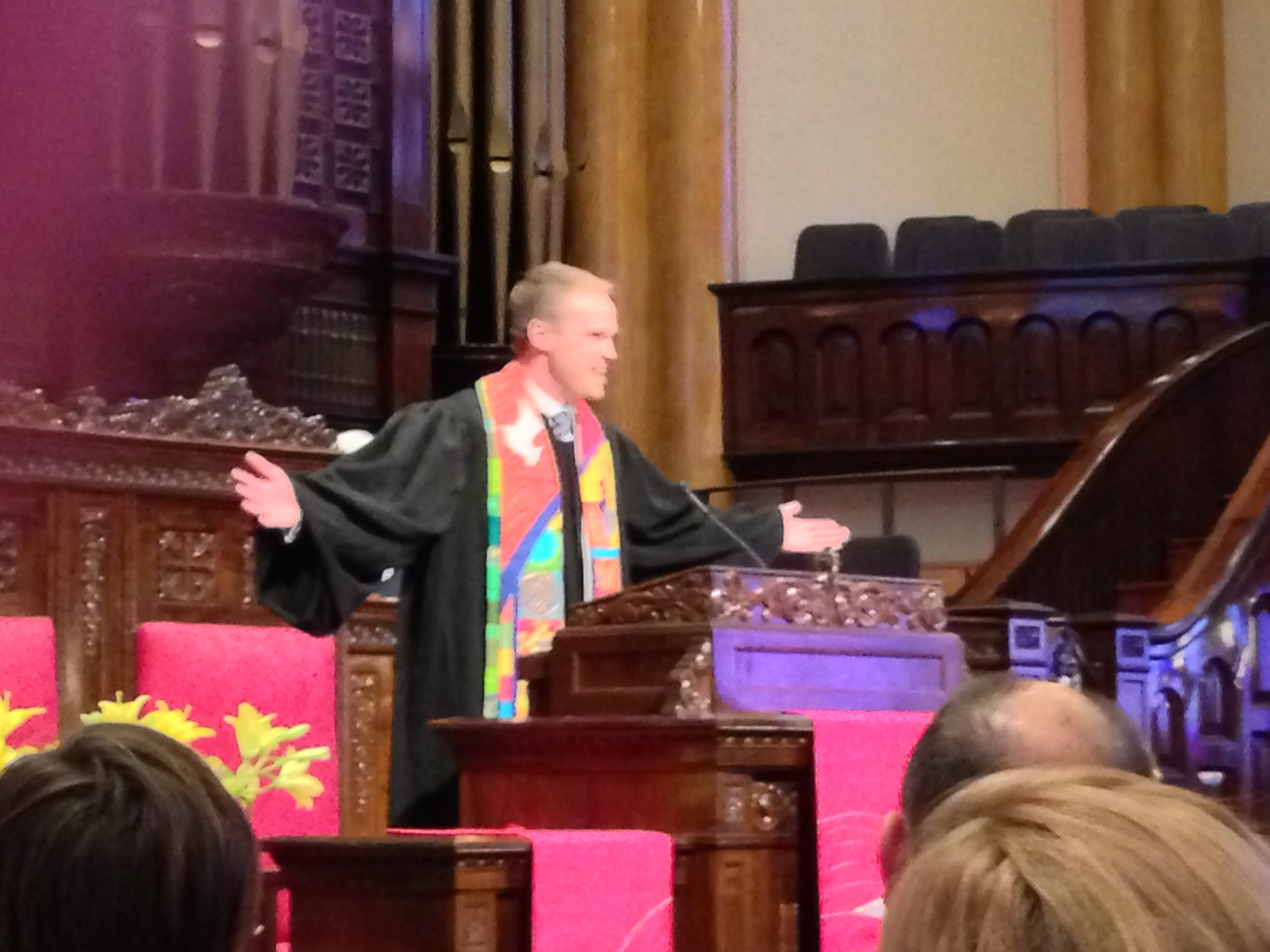 Dan delivers the benediction wearing his new robe and the three stoles given him during the service.