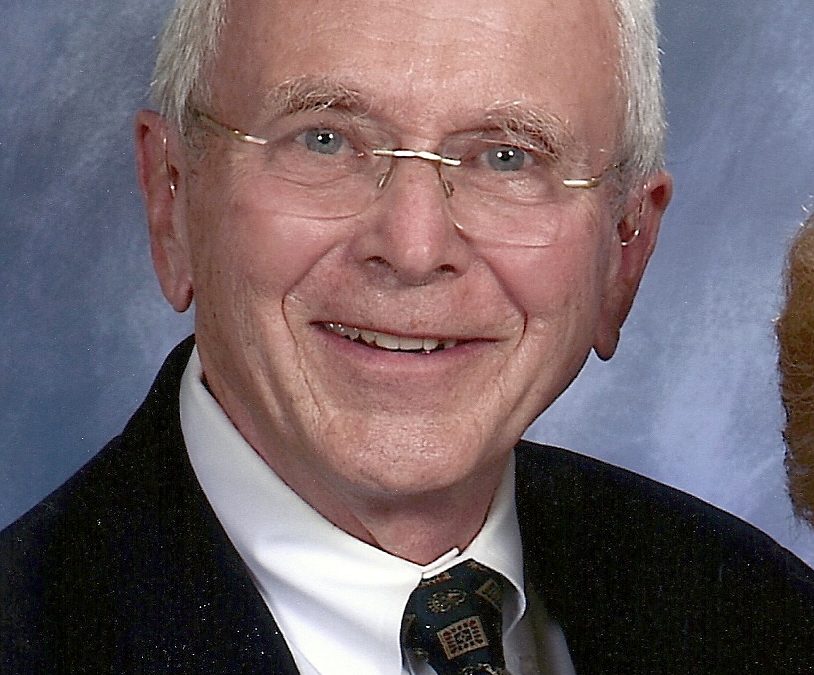 The interview (below) accompanies an MLP ad placed recently in the Presbyterian Outlook. 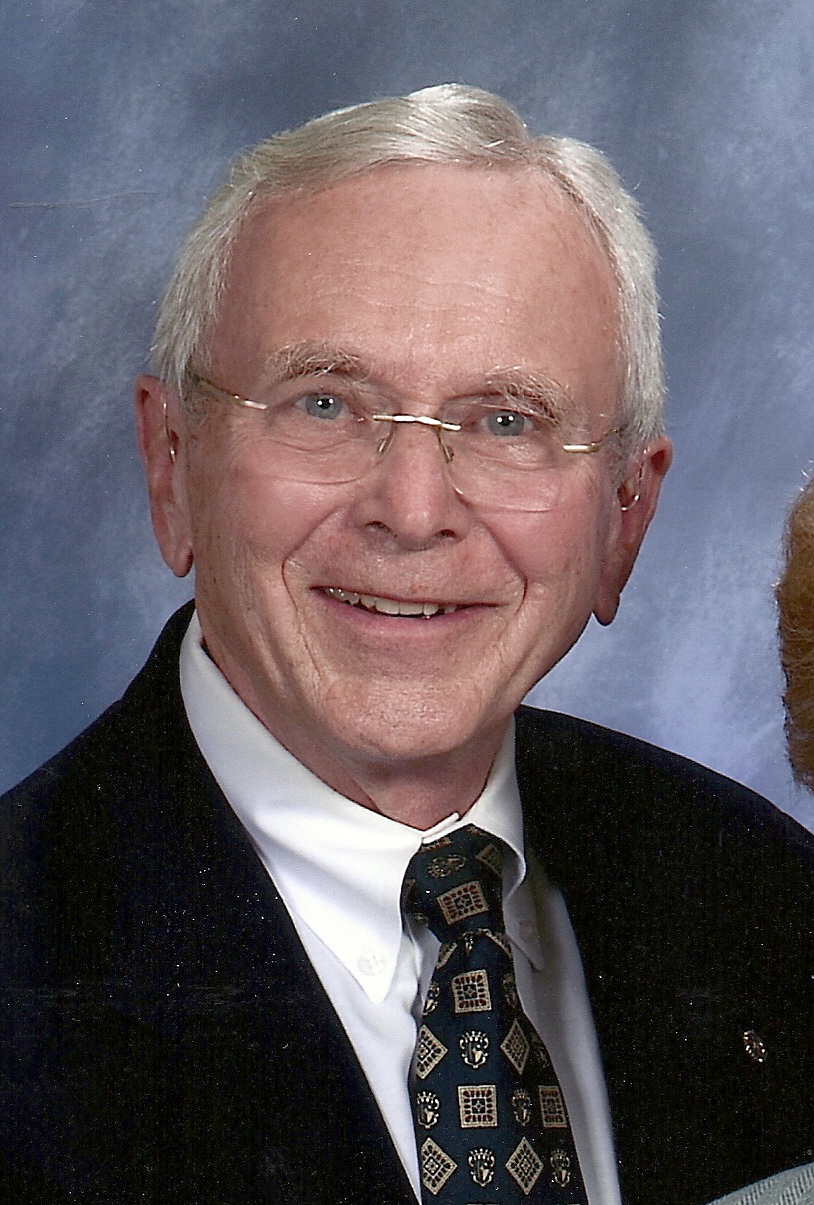 The ad states that your mind was changed through scripture study.  Did you start out this particular study with the inclusion of LGBT Christians in mind?

Not at all. That would have been the farthest thing from my mind. My field is Liturgical Theology. I’m a retired Professor of Worship. I was doing research in the area of Baptism and had just reread one of my mentors, Oscar Cullmann, on Baptism and an open table, where he focuses on Philip and the Ethiopian Eunuch, and Peter and Cornelius. Cullmann says of his own study of Acts that Luke’s writing is full of surprises. I love biblical word studies, and that is where I started.

In a nutshell, what did you learn or discover that changed your mind?

That is a long story. It has taken me some three years to come to this conclusion. I found that a dominant theme in the Gospel of Luke is a demand for inclusiveness in the Body of Christ. To unravel that statement would take a whole article, or perhaps an entire book to trace my journey.

Would you tell us a little about your process and your conversion on this issue?

To some extent mine was an almost painful story. I was never a gay basher. I had assumed that Christian Gays whom I had known were exceptions to a two or three thousand year-old biblical position. I just never questioned that the church might have gotten it wrong. Somehow, in all my years of Bible study I had never found anything in my Bible reading to challenge that assumption. This particular study didn’t convert me easily or quickly. I got the impression that God was simply nudging me bit by bit and taking me where I didn’t want to go. In that sense it was difficult to change, to admit that I had been so unperceptive. I am certain that I am still not to the end of that trajectory of conversion. But at this point in the conversion process I am fully convinced.

My study process was to chase down various themes. First, I was finding what would hinder baptism. Then, a study of the Samaritans. Philip was the first one to minister to Samaritans (Acts 8:4-17). And we are all familiar with Jesus’ story of the Good Samaritan. I knew that Leviticus, 19:17-18 and Deuteronomy 15:7-11 were well etched into the mind of every Jew who knew the Torah. There the neighbor is confined to “your kin,” “your people.” And, most of those people hated Samaritans. Note how eager James and John were to call down fire from heaven on Samaritans (Lk. 9:54). Less than one chapter later Jesus, himself a good Jew, calls a Samaritan Good, and a neighbor (Lk. 10:33-36). In Acts 8:14-16 it appears that the Christians in Jerusalem were concerned with Philip’s preaching in Samaria. They sent the “senior apostles,” Peter and John, to check on Philip. It is even probable that they hoped that that preaching would stop. But, Peter and John found that God had affirmed what Philip was doing. Though it went beyond the Torah, beyond the “plain reading of scripture,” Peter and John on their return “proclaimed the good news to many villages of the Samaritans” (8:25). It came slowly, but people previously rejected were now accepted and were baptized.

Let us go beyond the Ethiopian eunuch for the moment, and we find that Saul the hard-headed Pharisee, and Simon the Magician, had to be converted and baptized.

Chapters 10 and 11 are a structural center for Luke’s narrative. An angelic messenger spoke to Cornelius, an officer of the occupation army, obviously an outsider, but as a Gentile, he was a double enemy. Then we have Peter’s strange dream of the sheet with all the creepy-crawly creatures. “Take and eat!” Three times! It has to be a metaphor. One cannot take the sheet literally; one has to see “through” the sheet to Peter’s conclusion, “God has shown me that I should not call any person undesirable or unclean” (10:28). “In every ethnos (εθνος), anyone who fears God and does what is right is acceptable to God” (10:35).  Eθνος is any group of outsiders. In the Bible it is often translated as “the nations,” always non-Jews. Anyone, from any identifiable human group, you name the group, is acceptable. And in this case we have the baptism of a whole group of non-Jews! And Peter had to defend his actions again and again. Read through to 11:18 for the sometimes vehement objections he faced!

Why, do you think, has the church understood scripture to exclude LGBT Christians?

The church has always been strongly influenced by its surrounding culture. It has been very slow to perceive that there is always more light to shine forth from Scripture. Take the place of women. Luke in particular emphasized the role of women. But the leadership of women goes back to Miriam, Deborah, Jael and Hulda, and in Luke, to Phoebe, Lydia and Priscilla. The Christian church is still trying to catch up to a three thousand year history. And in some Christian groups we still wait. Gender equality is similar. And the eunuch as a bearer of that inclusivity goes back to Jeremiah 38 & 39 and Isaiah 56. Wherever in a culture you find a “people” identified who are “different,” you find derogatory human labeling. We are dealing with the human proclivity to stigmatize. I have concluded that gender equality has been in the Bible for well over two thousand years. The surrounding culture has kept us from seeing it. The church is finally ready to deal with the LGBT issue, and this study seeks to establish a biblical basis for doing that. So you ask why this cultural exclusion? I believe that it is a mark of sinful humanity to divide people into we – they categories.

Do you think this is part of what Luke was teaching through Philip and the Ethiopian eunuch?

Yes, I am convinced of it. As I was going over the whole of Luke-Acts in my research on Baptism, I was getting a queasy feeling in the pit of my stomach. How could I have missed this? Abba Johannis, a priest of the Ethiopian Orthodox Church, was a student at Princeton Seminary. In conversation with him he stated that the Ethiopian eunuch is considered the founder of that denomination. (This is affirmed by Eusebius in about the year 300.) Only now do I start to realize how the story of the baptism of the eunuch fits this pattern of inclusion. Here was a person of a different gender condition, in the Bible, who exercised leadership in the Christian church, and it was a distinguished leadership! Could it be anyone other than the Holy Spirit who was making me rethink?

Most commentators on Acts 8 have emphasized the Ethiopian’s nationality as the focus of the story. But the word “Ethiopian” is used only once. The word “eunuch” is used five times. If nationality were the issue, Luke could have repeated “Ethiopian” in each of those instances. My conclusion was that Luke wants us to focus on the sexual/gender issue. That led me to a study of the use of the word eunuch in scripture. The Hebrew word, saris is translated by at least ten different words in contemporary translations of the Bible. It is true that this word basically means an emasculated male (literally, a non-male). But here too there are variations: emasculated before puberty, after puberty, one vowed to voluntary celibacy. There are a variety of meanings regarding the sexuality of eunuchs. They were not asexual. There is evidence that some eunuchs were not chaste, that those castrated after puberty could achieve erection and penetration, but were “barren.”

Note well: Jesus himself recognized at least three of these varying definitions of “eunuch” in Matthew 19:12. And it became evident to me that Luke, in using this ambiguous blanket term, was trying to get across a broad instance of sexual-gender inclusivity in keeping with this increasing inclusivism theme in Luke-Acts.

In fact, I now say that if we accept Peter’s interpretation of his metaphor of the sheet, we also must search out the profound metaphor of the eunuch. In the light of the supernatural character of this story, with an angelic messenger (like to Mary, and to Peter) and with Philip’s being “snatched away” (like Jesus’ disappearance from the Emmaus Supper), we must try to “see through” to a much deeper meaning in this story than merely the conversion and baptism of one castrated male. If we insist on that literal reading, wouldn’t we have to apply that literalism also to Peter? If that is the case, the sheet should have said nothing more to Peter than permission for him to eat pork, shrimp and lobster.

The eunuch was converted and was baptized. More importantly, I was converted. And I am moved to live my baptism more faithfully. I sincerely believe that, with Peter, God has shown me that I should not call any person undesirable or unclean, and that means any GLBT person. And, just as the Judeo-Christian community had to be converted with each of the changes introduced in Luke’s two books, so the church needs to be converted in this instance. Professor Beverly Gaventa said in her commentary on Acts, From Darkness to Light, “Peter and company undergo a change that is more wrenching by far than the change experienced by Cornelius” (109).  The Christian church is in the midst of a similar wrenching conversion with this issue. But convert it must. This has been in the Bible all the way back to Jeremiah and Isaiah. Our culture had conditioned our thinking. We must be converted to receive this biblical truth, that we are all one in Christ Jesus.

Why do you believe the ratification of Amendment 10 A will be good for the church?

I believe that when the church does not open itself to “the other,” it deprives itself of the leadership and power that the Holy Spirit can turn loose.  Think of the founder of the Ethiopian Orthodox Church. Think of Peter who opened the door to Cornelius and to non-Jews. Think of the Apostle Paul who had to be knocked off his horse to open his eyes; then a second time Paul had the Macedonian vision that resulted in the Gospel being taken to Europe (16:6-10), a move to which Euro-Americans are surely indebted. I believe that opening the church to broader leadership will release power in the Christian Church, in ways that I am certain we will find surprising, beneficial, and in which the Church of the future will rejoice.

Very interesting.  Thank you very much. Do you have any other insights to share with us?

Yes. The apostle Paul says that for Christians who are living their baptism, all humanly conceived identities are broken down. “As many of us as were baptized into Christ have clothed ourselves with Christ. There is no longer Jew or Greek, there is no longer slave or free, there is no longer male and female; for all of us are one in Christ Jesus” (Gal. 3:27-28). Building on this I now affirm:

All of us who have been baptized into Christ have been clothed in Christ.
There is no issue of identity except citizenship in God’s kingdom,
no issue of servitude except the service of Jesus Christ,
no issue of gender except the bonds of covenant faithfulness,
for we are all one in Christ Jesus.